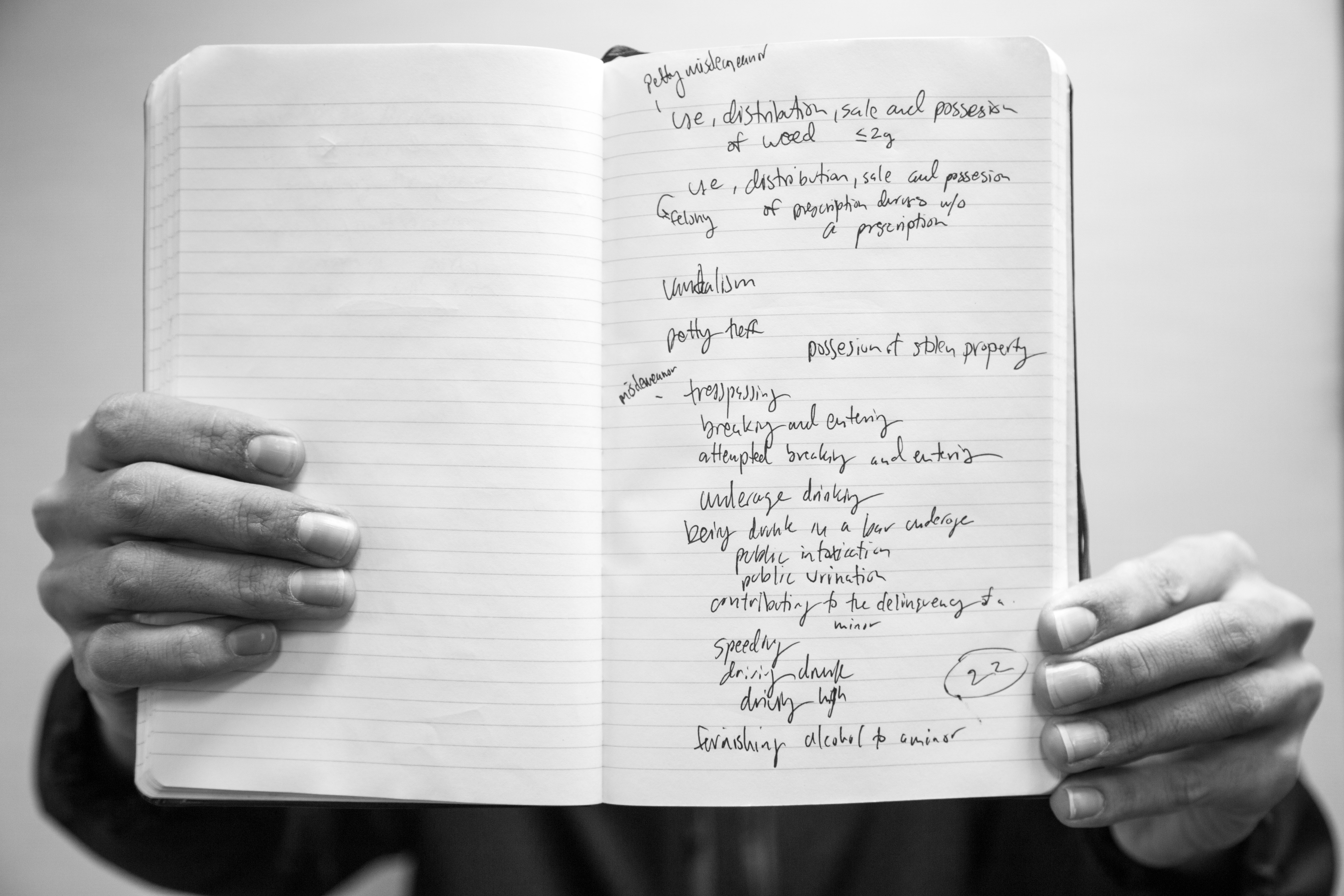 I hadn’t really thought about any of it much until I started writing it all down. Once I started tabulating everything, it turned out to be kind of a long list. Would you like to see it?

First, there’s ‘use, distribution, sale, and possession of marijuana – under two grams.’ That was me using it, of course. But I’d also sometimes buy it on behalf of my friends and then sell it to them.

Then there was the same basic thing, but with prescription medication; that happened more than once.

There was trespassing and breaking and entering (I was exploring abandoned buildings); petty theft; being in a bar underage; underage drinking; public intoxication; buying alcohol for a minor; speeding (who doesn’t?); driving under the influence (tipsy once, high another time); open bottle in a car.

What is that? Fifteen? Twenty? Twenty-two crimes?

I was reading the stories of people who were caught – and the consequences they’ve had to deal with – and wow. I am so so so lucky.