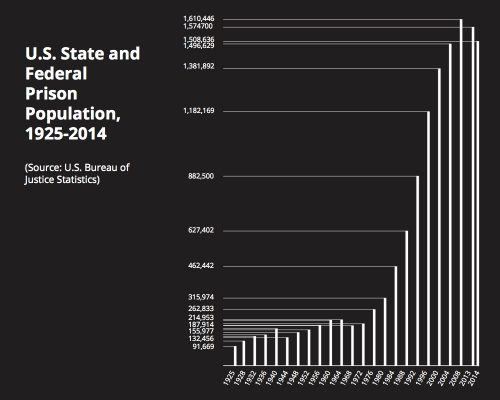 This is a graph with data taken from the Bureau of Justice Statistics, and it shows the US State and Federal Prison Population from 1925 through 2014.

Barring general population growth, you can see that the number of people we put behind bars in America was pretty much steady until the 1970s.

Decades of bipartisan tough-on-crime approaches at the state and federal levels have directed the deliberate and regrettable march toward caging more than 2.2 million people. This incarceration population growth outpaced our nation’s general population growth by seventeen percent. Nearly half a century of “wars” on drugs, mental illness, and poverty; three- strike rules, mandatory minimum sentences, private prisons, and concentrated policing in minority communities; and the proliferation of both criminal code and collateral sanctions attached to criminal records have contributed to this catastrophe.

This is not only unprecedented in our own history, it’s unparalleled in the world: the US claims approximately 5% of the world’s general population and nearly 25% of its incarcerated population–and we spend more than $80 billion a year to do so.

Meanwhile, mass criminalization cuts deep and wide for some, while scraping the surface for others. Black men are more likely to be arrested, charged, convicted, and incarcerated than their white counterparts. Black women and children, Indigenous People, Latinx, and people in poor communities are also profoundly and disproportionately devastated.

In short: whether in fiscal or human terms, the system that is unjust and too costly to sustain.

But the punishment doesn’t end with the sentence. Even though people may no longer be locked up, they almost always find themselves locked out: locked out of jobs, housing, school, and countless life opportunities to move on and move up.

It also doesn’t show the estimated 65-100 million people with a criminal record. And just as importantly, it doesn’t show the nearly three million sons and daughters, countless brothers and sisters, mothers and fathers, spouses and partners and greater family and community members who are all profoundly impacted when someone is taken out of the home and not allowed back in.

So what initially appears to be a tsunami of humanity ready to crash upon our shores, is really just a drop in the overall greater ocean of crisis.

What can you do about it?

While there isn’t a simple, single petition or policy that can end mass criminalization and reverse the destruction caused by it, there are things you can do to right now to contribute to the solution. 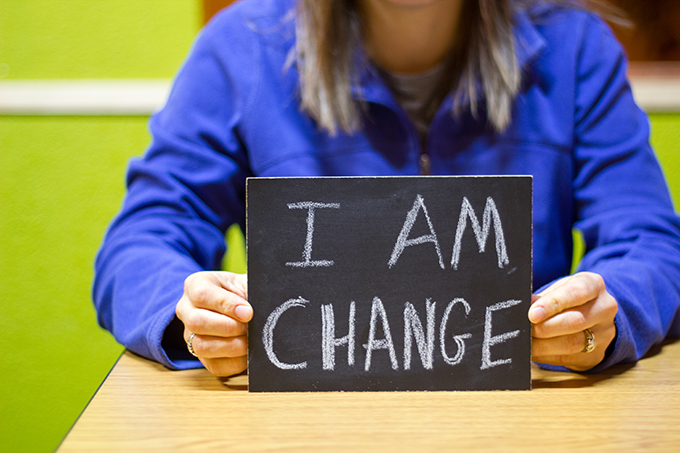 Below are easy steps to rethinking criminal records – and implementing change that will make our society stronger, safer, and more equitable. 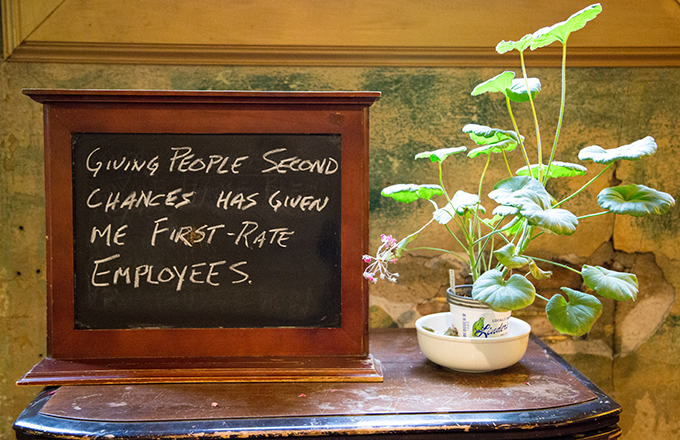 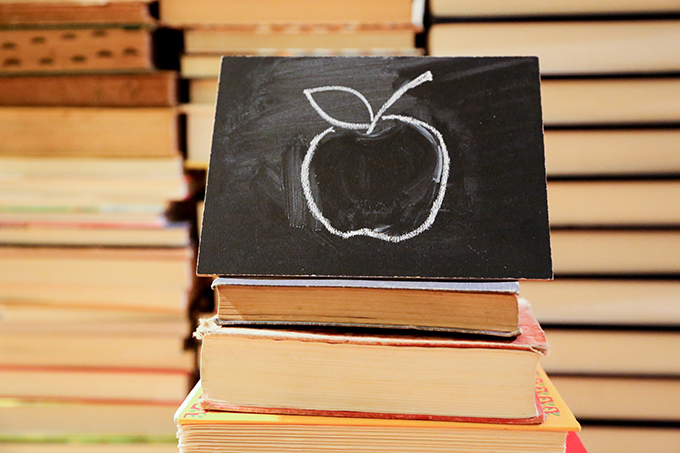 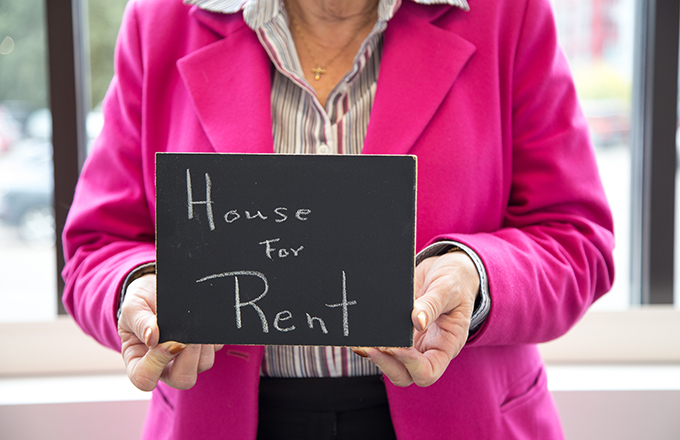