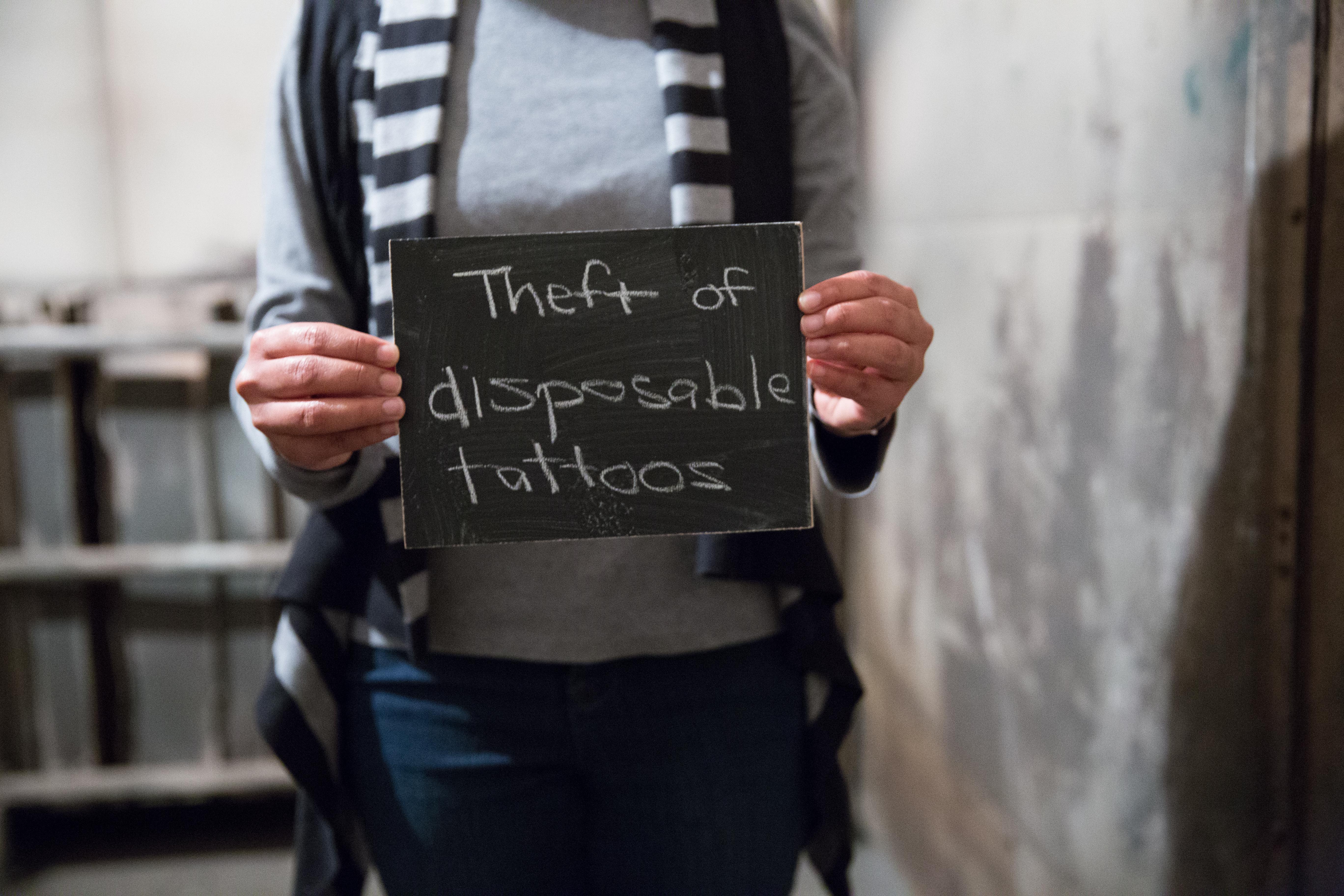 When I was little, maybe ten or eleven, my sister and I went to the grocery store with my parents. While they were shopping, she and I stole these temporary tattoos that were on the yogurt container lids. There were so many tattoos (butterflies and rainbows!) so what started with just one each became ten and then twenty. Whenever someone came over we pretended to be examining the eggs, playing it cool. My little sister asked if it was okay. I said I think so. Everyone else is so old, what would they do with them?  But in the weeks that followed, we were convinced that the police would come knocking at our door. We decided to never do it again because it just wasn’t worth all the scariness.