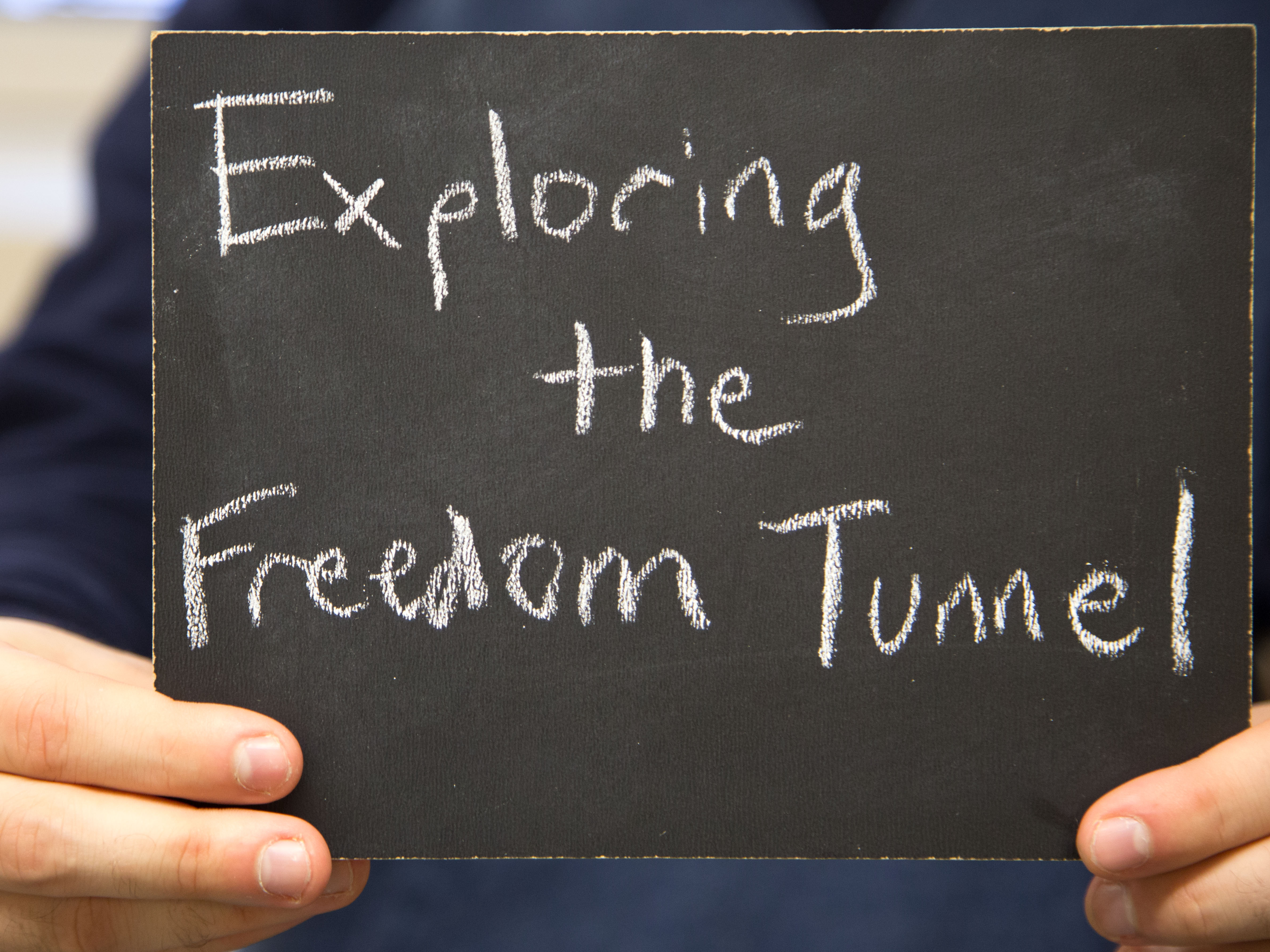 My friend’s a photographer—and on cold and rainy days we used to explore abandoned subway tunnels, documenting graffiti and life underground.

There was one time we got caught. We had taken a train to West Harlem, climbed a fence and ran along the highway till we came to the entrance of what’s called the Freedom Tunnel. It had been a home to a huge colony of homeless people in the 80s and 90s, where people had painted their everyday lives on the tunnel’s walls.

After we’d been in there for a while, my friend noticed a figure first walking toward us, then running toward us. We took off back toward the entrance, but were stopped by cops before we could get out. They ended up cuffing all three of us: me, my friend, and the guy who had been chasing us. My friend and I looked like college kids; this guy looked like he was straight out of a movie: do-rag, gold chains, and gold teeth—at least, the few teeth he had left were gold.

The cops were friendly to my friend and me: We’re gonna cut you a break. We don’t want this to affect you. And the other guy was like, What about me? I just want to be treated the same.

He went to jail and we went through a community ed course. The judge told us it would be like it never happened: there would be no record.