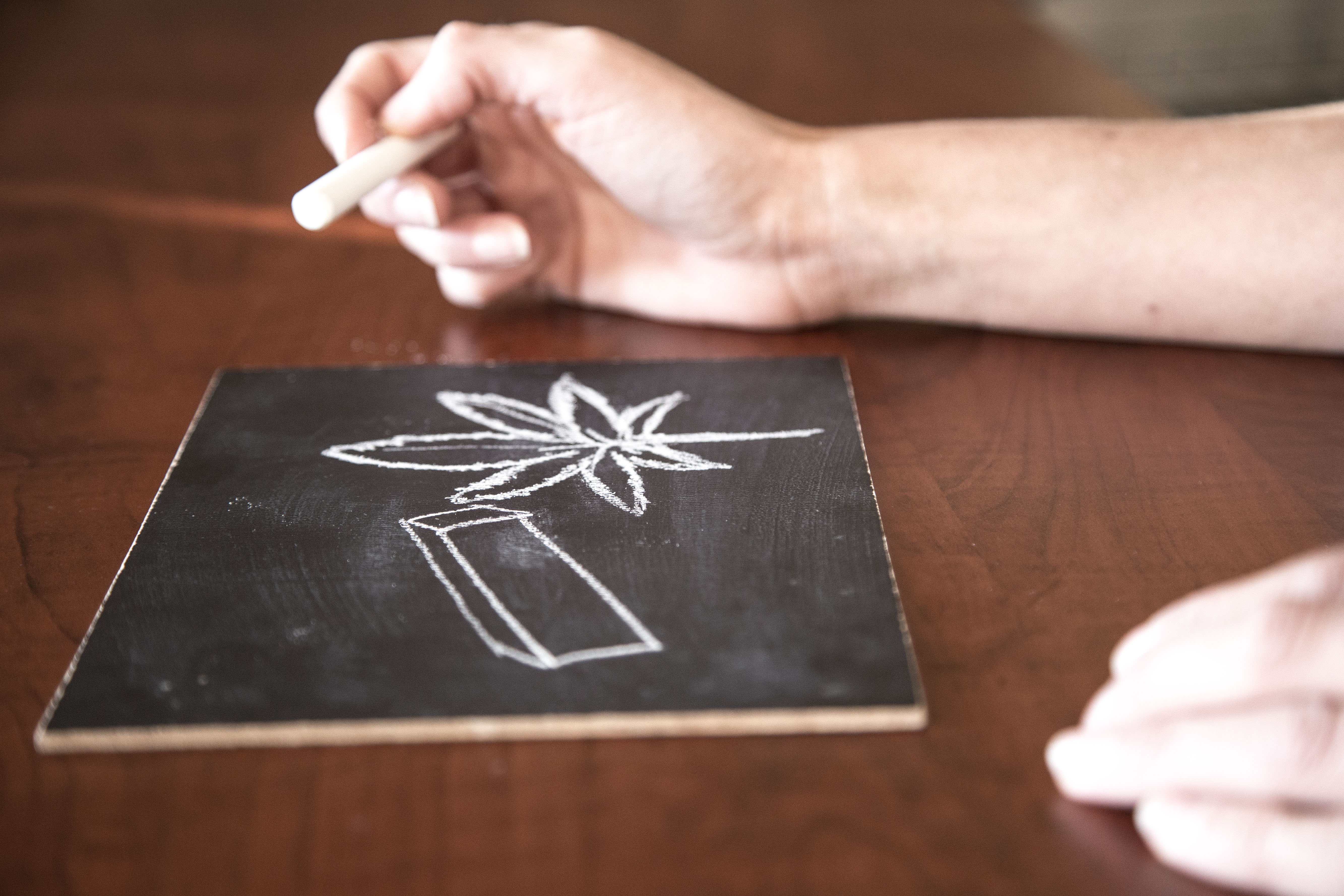 Before my husband died, when the pain and cramping was so bad he couldn’t shampoo his own hair or grip a pencil, I baked. I have asthma, so we couldn’t smoke — so the marijuana went in the butter, then in the brownies. He probably did it ten or eleven times, four times I joined him. Solidarity, I suppose. I guess I justified it: it was an herb, it helped, his mother knew about it.

After he died, there was some of it left over in the house. I think it got used, but not by me. Maybe I threw it away.

But look at me. I’m white, a scholar, a woman. No one’s going to search my house. I’m aware of that privilege.

I would do it again: it was such an obvious and correct decision.

My husband, a marine who couldn’t untwist his hand to hold mine, for a short while felt a little bit better. In that context, it was okay; it wasn’t drug use, it was something else.

When the pain seized and contorted her son’s body, he would smoke. She never touched it, but was thankful that something—anything—would help her baby. Two years after cancer took his life, police executed a search warrant, citing an anonymous tip that she’d been warehousing drugs. They found two zip-locked baggies of marijuana in the freezer—untouched since her son passed. In fact, she hadn’t been able to move anything: his toothbrush on the shelf by the bathroom mirror, his work boots by the back door, his illegal pain medication in the freezer. She was arrested, charged, and plead to a felony drug possession. The drug offense resulted in lost housing; her court fines, fees, and mandated treatment sapped what little money she could have put toward the first month’s rent/last month’s rent/ and a security deposit required by the private landlord. She thought about moving back to the Reservation to stay with her sister, but there really isn’t room right now.

At 72 years old, she’s left with a felony criminal record, no home, and no son.