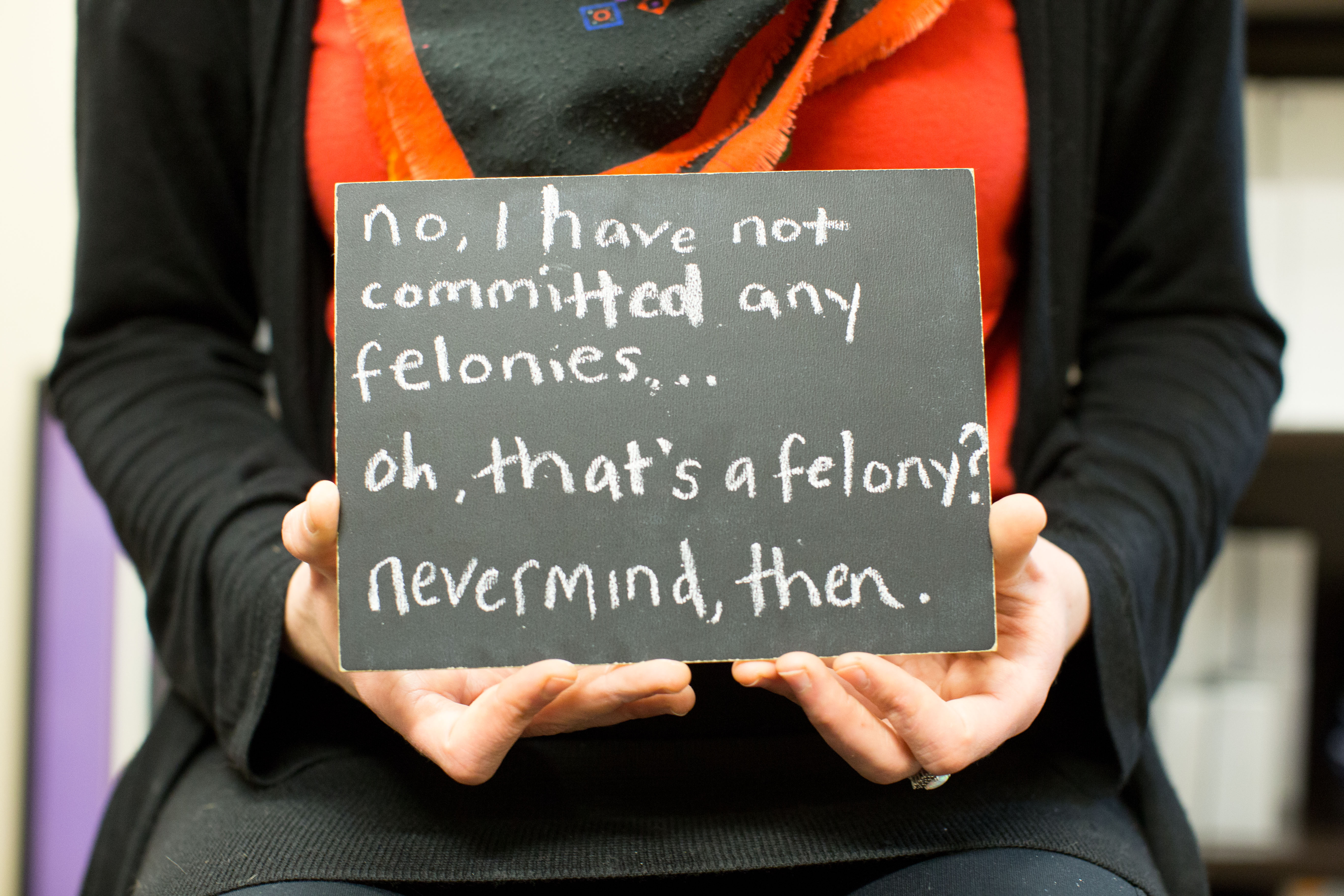 Drinking as a minor, using fake IDs (some were confiscated, but nothing else ever happened), and buying alcohol for kids underage.

I gave away free drinks when I worked at a restaurant. We had a strict policy and I was caught; the manager was crying as he fired me. No one called the police. The one time I was punished for breaking the law, and the boss wept. Even if I did something criminal, people still felt sorry for me.

I think shoplifting was my favorite, though. At a time when my home life sucked, I needed something fun. Spending all your time working at McDonald’s and all your paycheck on clothes and makeup, well, it’s just more fun to just steal it.

Eventually I became ethical in my theft. That is, I’d only steal from evil corporations or places that masqueraded as co-ops. There was a thrill of sticking it to the man, you know?

I never feared getting caught.

You know, I have been in court before though. Speeding tickets, stuff like that; I always got the minimal fine.

You know why? Where I’m from, you show up to court to get your stuff dropped or reduced. Not to go to jail. Not to be punished to the full extent of the law. Court is a place of mercy for me. I take the time to show up—now you do something for me. I realize that’s a very white, middle/upper middle-class take on the system; I realize it’s not like that for everyone.