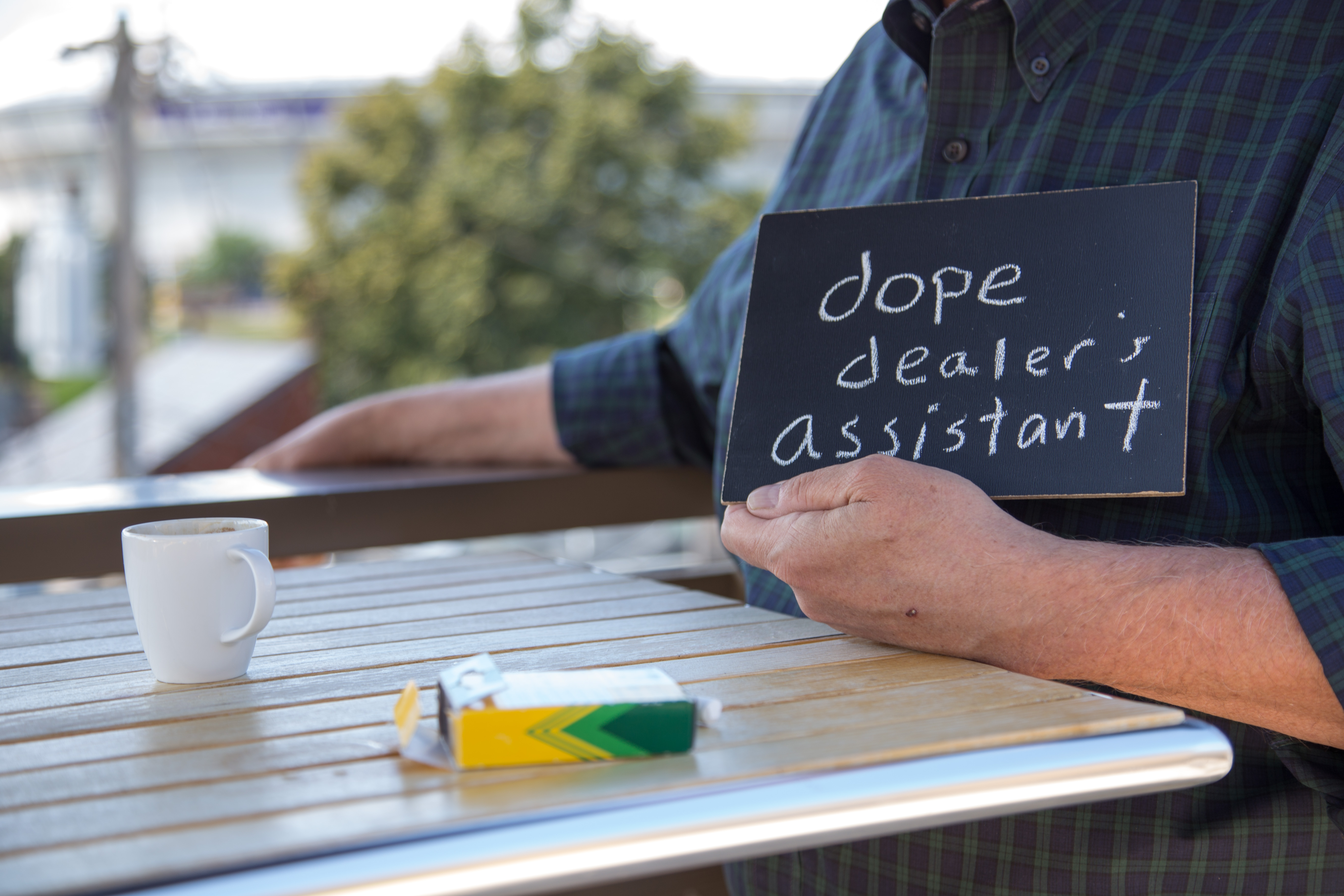 In the late 60s, I was a junior high teacher by day and by night I was a dope dealer’s assistant. I never actually sold anything, but he would fly out to the west coast and come back with suitcases full of pot in kilos. We would take big strainers and break ‘em down to get rid of the stems and seeds. Once everything was nice and clean, we’d weigh it into ounces for him to sell.

It was exciting to do something that was illegal. Because of the war in Vietnam, there was a feeling among us that society had come unglued. It was clear that society wasn’t going to work if it allowed guys my age to get drafted and sent to fight in Vietnam for no good reason. So if society wasn’t working anyway, why shouldn’t my roommate sell a little dope and why shouldn’t I help him put it in little bags? As long as you weren’t actively hurting people, there was no good reason to follow the law.

Over the course of a year or so, I probably helped him clean and package up a hundred pounds. We were never paid, but my friends and I liked to smoke the free dope that was always sitting around. We had a Christmas fruitcake tin that had been cleaned out and filled with half a pound of nicely sifted dope. That was payment enough.

Eventually, we had a falling out over some of his drug dealings. He moved out, and within a few months he got busted and went to prison.

But I never got caught. I just kept on teaching.

Stable employment is one of the best predictors of successful reentry and lawful living.