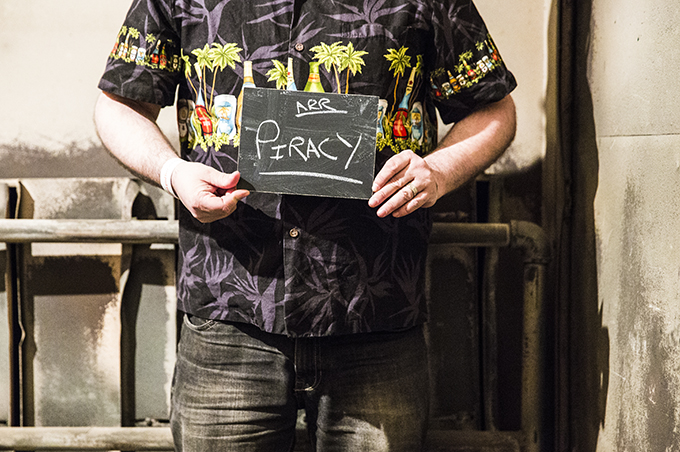 I produced a television show that dealt with obscure movies. As a result of this, I realized that there were a bunch of films that you couldn’t get in the US that were very easy to order on the internet.

So I started a pretty successful bootlegging operation for a couple of years where I would buy foreign movies, crack them, convert them to American video standards, re-author them, repackage them, and sell them on eBay.

I think the worst part isn’t the bootlegging, but the subtle language I had to use on eBay in order to sell them. It should stop bootlegs, but I had enough technical know-how to explain the product in a way that passed their rules.

I made a couple thousand dollars just in my spare time selling bootleg DVDs to people all over the country. I only pissed off five or six people.

I think the highlight of the whole enterprise was a letter I got from someone at a movie studio. He had bought one of my DVDs as part of a development plan to show his boss the foreign movie they wanted to remake. He was pissed off. How can I show my studio executive boss that I have a bootleg movie? I’m cool, so I strongly suggest you stop this. You will get caught.

We went back and forth and ultimately I stopped. It just wasn’t worth it: the amount of money I was making versus the potential ramifications.