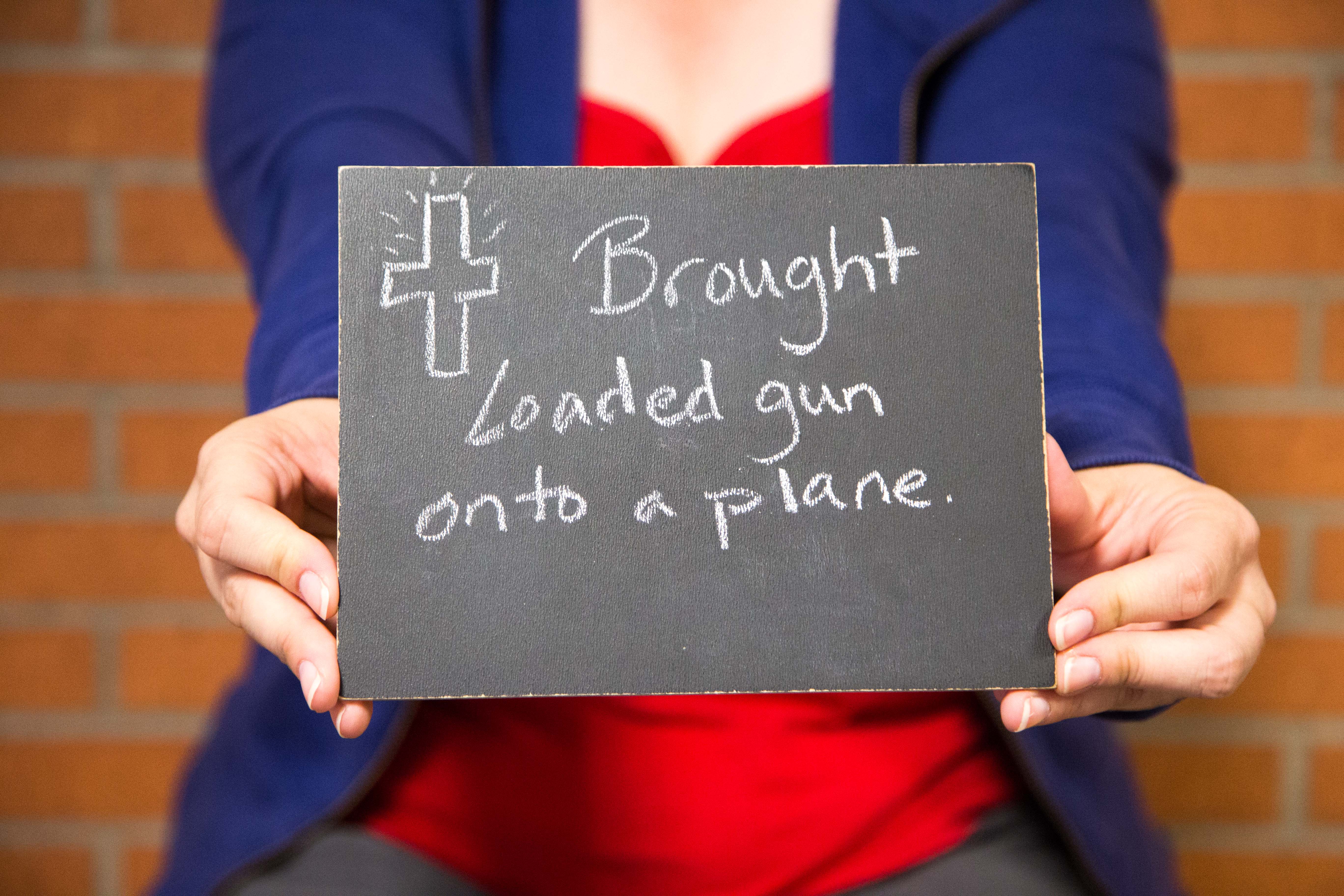 I have lots of stories—so many aren’t even worth telling: shoplifting in high school, underage drinking (like everyone else), driving around with someone in the trunk, and smoking pot (actually, on seminary campus—there’s so much drug use on campus). But there’s one in particular I wanted to talk about.

I was in school, two hours into the desert, and alone. My husband encouraged me to buy a gun.

I kept the gun in my duffel bag, and the duffel bag in the car. It’s also the same duffel bag I’d take on vacation.

I got through airport security with a loaded 365 Magnum Revolver and a 6 round speedloader in my carryon.

On a layover, we left the secure area to see if there were better food options.

Ma’am, is this your bag? Yep!
We need to talk to you.
Oh, it must be my retainer.

They assumed it was my husband’s. Never did they assume ill intent. They were curious about motive, though. Bears? Suicide?

They seized the gun, found a hotel for us, and drove us to it. We were on a flight out of the country the next day.

I was never intimidated or frightened. I was never accused or charged with anything.

I think about it a lot: what could have happened and how incredibly privileged and lucky I am.

I’ve worked for major corporations, and now I’m a pastor. I doubt I’d be where I am today if I had been seen as anything other than innocent back then.