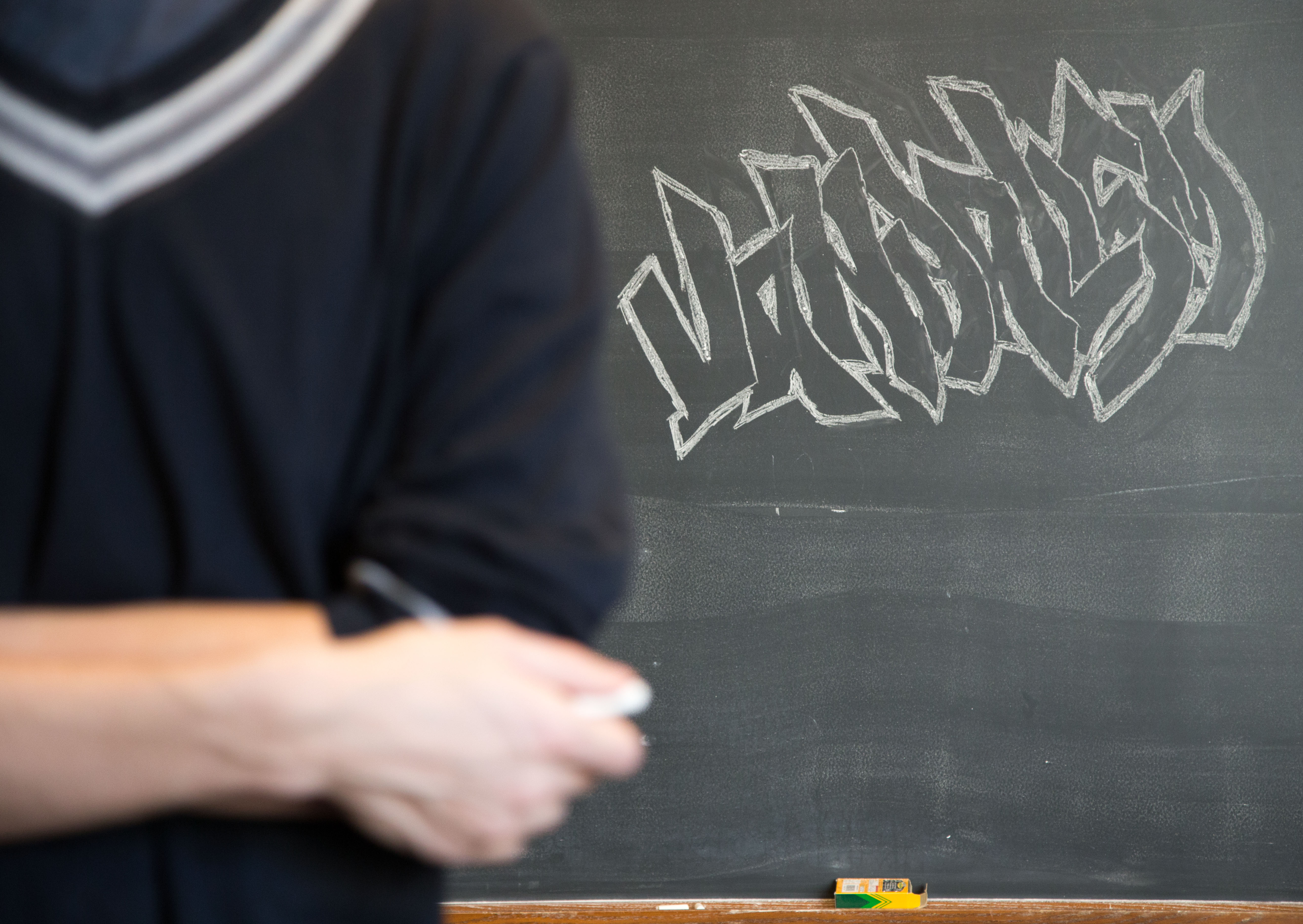 When I was in middle school, I got into graffiti. I did it for several years, tagging under bridges (dodging vigilante bikers), on the backsides of stores (climbing concrete blocks to do a piece), and down in the sewers. One time I went to the playground near my school, in the middle of the day. I climbed to the top of the jungle gym and left a handstyle of my name. It’s a playground I used to go to as a kid; I guess I just wanted to leave my mark. Some time later, I was walking by and thought What’s that squiggle? Oh, yeah. I did that. I suppose there was a territorial aspect to it.

A friend of mine got caught once and then again. He went to jail and we lost touch. Another dropped out of school and eventually joined a gang.

Now when I look back on it, it was a time of teen angst. If I were born into a different socioeconomic status, it might have been the thing that broke the camel’s back: the thing that got me going in the wrong direction.