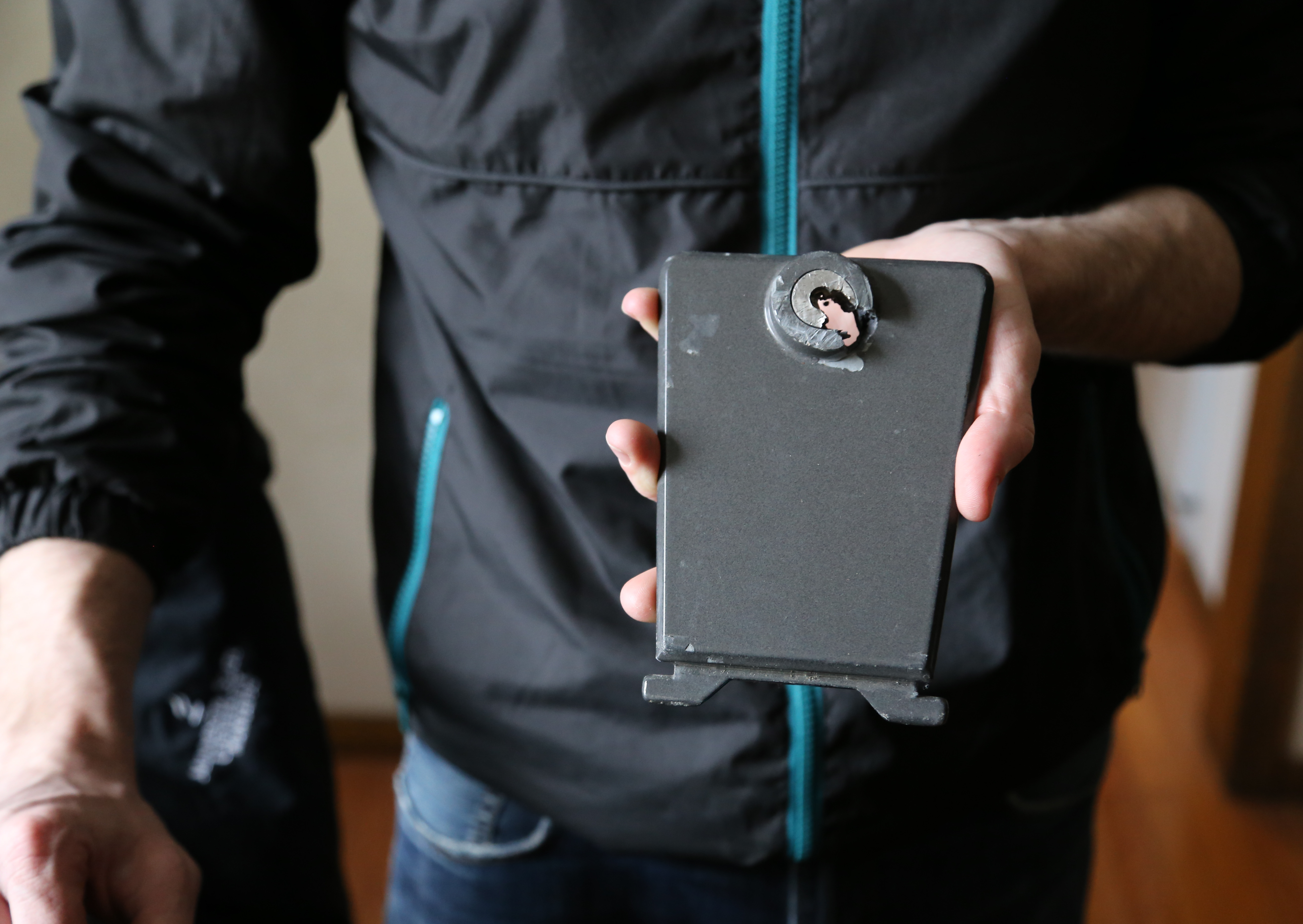 My uncle gave me a thirty-aught-six rifle, and he told me when he gave it to me that I’d have to get at least one deer with it, so I took the gun and didn’t really think about it.

I went to school, and the house I lived at – we were kind of notorious for having a kegger a month during the school time. So I’d been at the house; my roommates left. They got a car for dirt cheap – 500 bucks – and they were a little drunk and decided to go knock over some road signs. They came back to the house where I’m hosting this party. My roommate tells me to come down to his room, and he’s like, Hey, do you have any change on you?

No, seriously, do you have any change on you?

Here, give it to me. We’ve got to pay the parking meter. As I go into his room, he’s got a double-posted parking meter sitting on his bed.

So we got an even better idea after we put the change in it. The red light starts blinking, and we’re pretty drunk and dumb, and we’re like, Oh, shit, they might be able to track this thing, ’cause we stole it.

We’re thinking there’s probably at least 50 bucks worth of change in the thing, so we grab my uncle’s rifle and went out to the country. From about 30 yards away, leaning back and forth ’cause I was pretty drunk, I took one shot at it and boom, right through the lock. The thing tips over, and about 40 bucks worth of change flies up.

We ended up ditching the parking meter, but I still have the lock – with a hole perfectly through the locking mechanism on it –in a box somewhere.