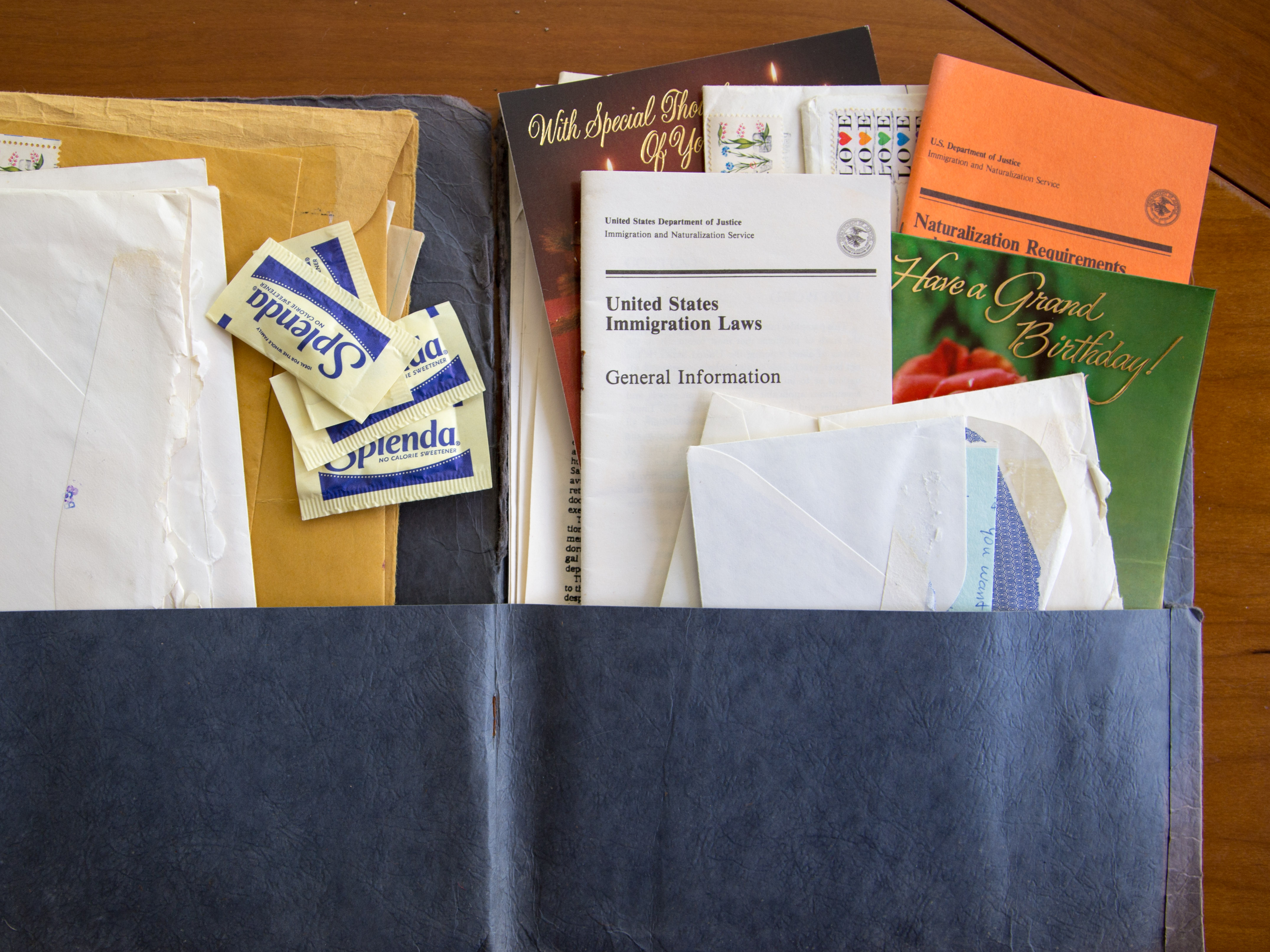 My prefrontal cortex was not fully developed.

I was young, disenchanted with the college experience and life in general. I wanted to explore.

I took up with a busboy, on his second year of a student visa. Flirtations led to a fling. Pillow talk graduated from sweet nothings to political oppression. He told me about how he and his cousin had fled a flattened town, how their parents feared for their lives.

He told me he was paying a woman a thousand dollars for marrying him so that he could stay in the US.

I would marry you for free.

Actually, my cousin needs someone.

The cousin and I got married. I remember the interview well: under oath and not telling the truth. Perjuring myself. To pass the culture test, I tried to recall everything I could from the post-coital conversations with his cousin about the homeland. I guess I was convincing enough.

I didn’t think about the legal consequences; I was only thinking about someone who needed help. Just like the church helped with refugees, so I helped.

I began having dreams I was in prison, dreams I would be executed. I didn’t tell my parents because I didn’t want to worry them.

I went back to school and mostly tried to forget about it. Every now and then I’d receive Valentine’s Day cards or love letters from him. I didn’t respond.

Six years later, I got a divorce document in the mail. There it was. I was divorced.