SEEN is a prison portrait and poetry project. But more importantly, it’s a Minnesota portrait and poetry project. Through photography, video, and written word, we share the poignant brilliance of poets and prose writers in Minnesota state prisons, and work together to make the invisible visible, the unheard heard, and the unseen seen. Mass incarceration is dependent upon the ignoring and erasure of the human beings we cage. In collaboration with the Minnesota Prison Writing Workshop (MPWW) and the thoughtful, intelligent, humble, and deeply gifted writers on the inside, WAAC challenges and disrupts mass incarceration by clearing the pathways for people behind bars to have their voices heard, faces seen, and humanity recognized–and for people on the outside to reckon with the inhumanity of our country’s mass incarceration mass disaster.

This page is dedicated to the work of Lennell Maurice Martin a.k.a Goldy Fresh. For more poets and essayists, check out the SEEN page. 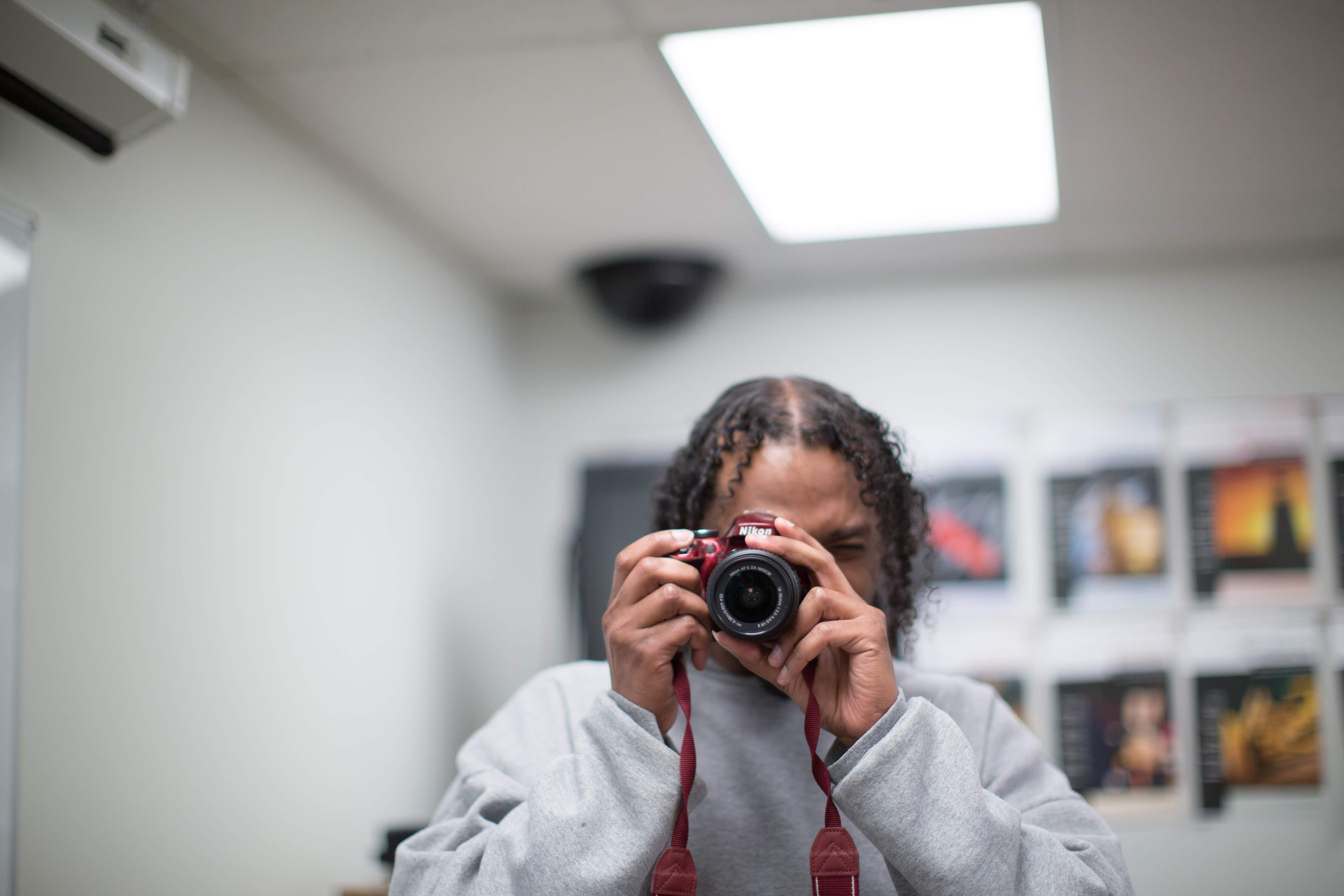 Excerpt from The Brief Artist Bio

I recall the very first connection I felt with art. I loved riding the subway trains through Boston because I could just look out the window and see art everywhere. Graffiti would be on buildings, bridges, buses, trains, trollies, and throughout the subway system. I loved hearing the music and watching the b-boys breakdancing in the subways, parks, street corners, and projects. If by chance I happen to catch a freestyle rap battle taking place between two MCs while another beatboxed, then I was having the time of my life.

During this period of time, color TVs, cartoon animations, Marvel Comics, arcade video games, and MTV music videos began to emerge as huge cultural influences, and inspired me to want to create my own images, like the ones I had seen in the form of graffiti, comics, movies, and television.

At the age of eight years old (1985), I became a permanent resident of North Minneapolis. Living in the poorest, most violent, and run-down parts of the ghetto, from Boston to Minneapolis, created the perfect conditions for a little boy to become one more of the many troubled youth in America. I soon found myself taking heed to the survival tactics and wisdom of the streets.

Everything I breathe life into, from my style, swag, and speech; spoken word, poems, and song; journals, stories, and essays; concepts, designs, and drafts; sketches, drawings, and paintings are a living expression of Black American Soul, R&B, Jazz, Blues, and Hip Hop culture.

…if I choose to paint a series of landscapes or wildlife paintings, then the mere fact that those paintings were filtered through my eyes and interpreted by my hand make them urban, street, and hip-hop in essence. 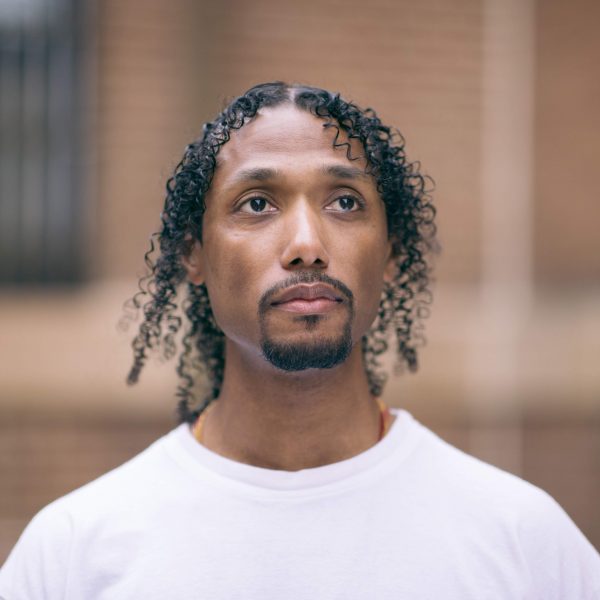 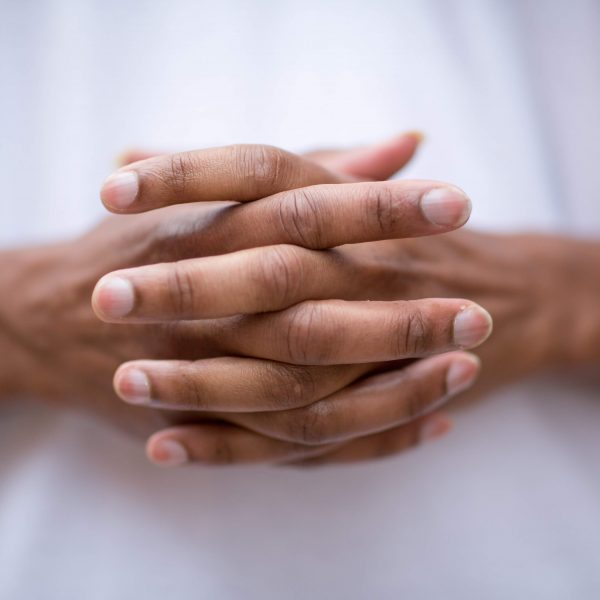 When I was five sitting in a Baptist church with my mother one Sunday morning I heard the reverend read a portion of the Bible that said something like, “Even when reading the Bible you must use discernment or you will be lead astray.”  Even at that age I thought that was one of the truest things he ever said. 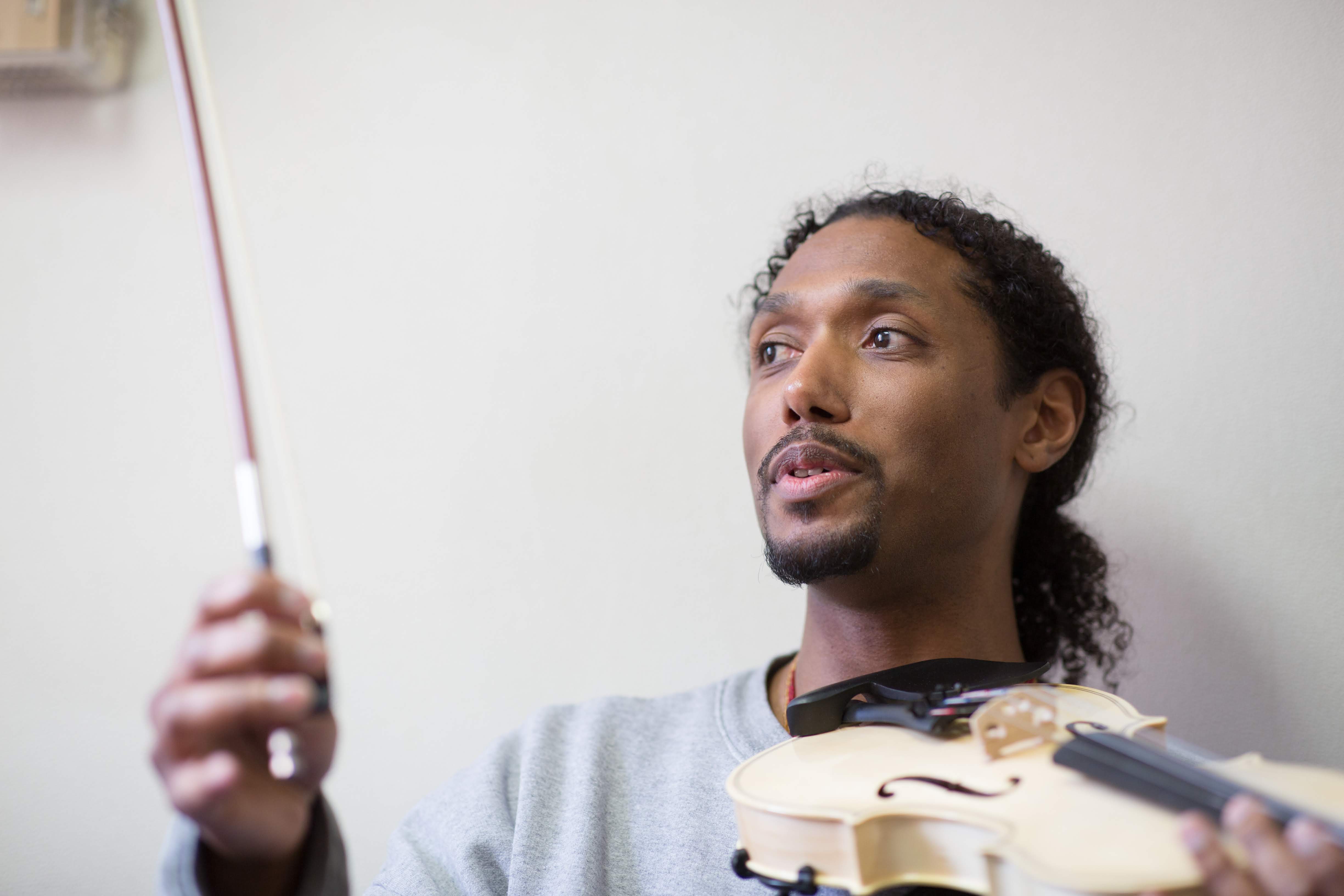 Excerpt from My First Love

Music was always my first and true love outside the unconditional love that I had for my family. Since I was a baby, I would fall asleep listening to my Mom and Dad’s favorite songs. My parents were young and lively, and the record player was always spinning artists like The Isley Brothers, Al Green, Marvin Gaye, Smokey Robinson, Stevie Wonder, Michael Jackson, Prince, Rick James, Tina Marie, Tina Turner, El DeBarge, New Edition, Curtis Mayfield, Curtis Blow, etc. My parents’ favorites became my favorites, along with many other R&B and Hip Hop legends that were soon to become known to the world…

My father also taught me to roller-skate at age four. Once I got the hang of it I had to go every weekend. Dance and roller-skating were a way for me to just listen to the music and allow it to move through me…

I always knew that I had the music in me, I just never knew how to get it out of me.

To be, heard, seen, and supported in my effort to return to society and “seen” as an asset gives me hope. To be included in the national discussions and movements that aim to reduce hurt and hate, and inequalities, help people heal, and create a safe and humane society is empowering.