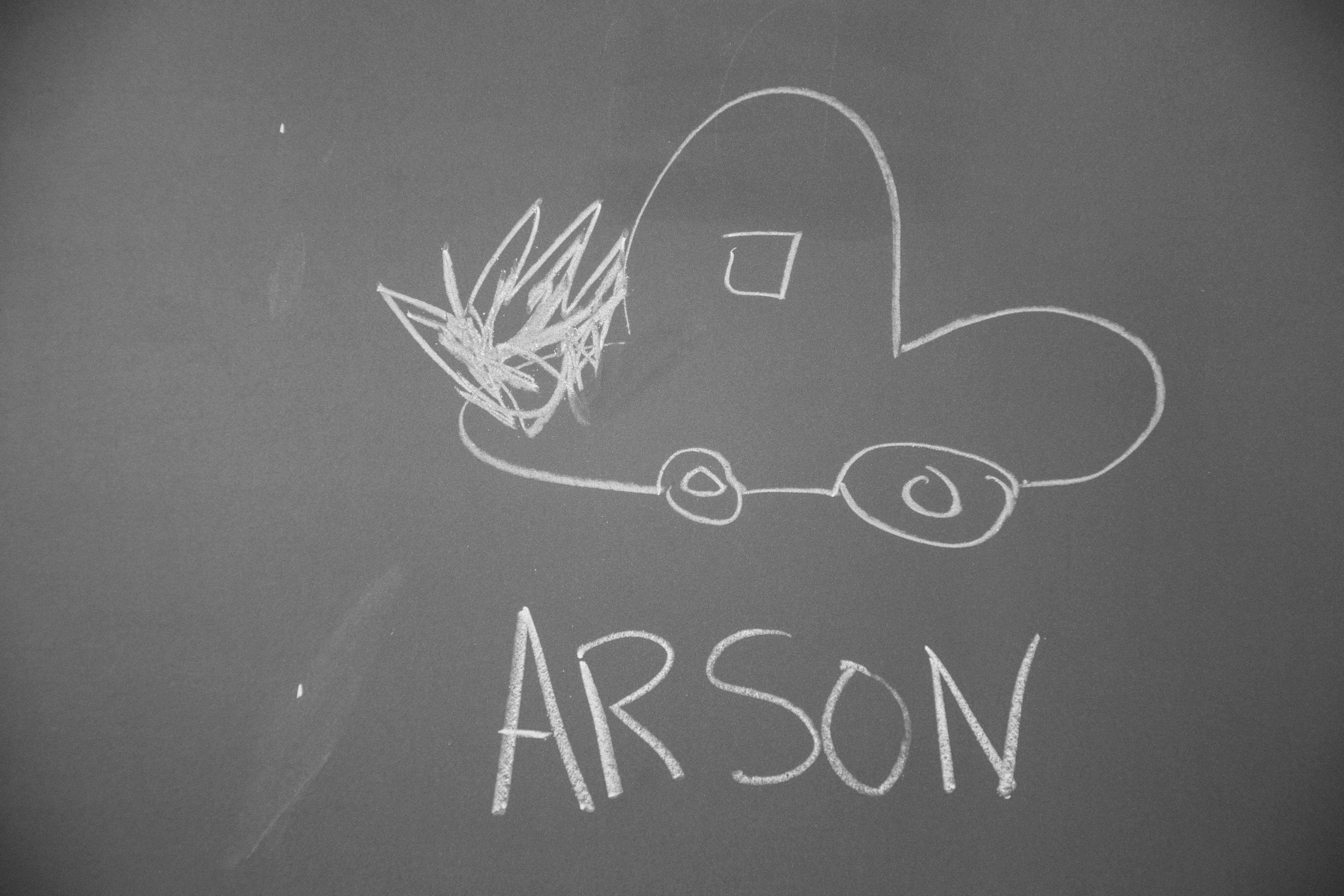 I asked my husband, what should I talk about? I’ve done the normal things: drugs (used, participated in the sale of), theft, and so on. My husband said, you musta forgotten about that arson and insurance fraud. Oh, yeah…

So this was before he and I met when I was dating someone else. This guy knew this girl who had a car she couldn’t sell. It was in rough shape. Someone told her, you know you’d be better off if you just totaled it or if someone stole it. So she asked the guy I was dating to stage a theft. This girl gave him the keys, but he pretended to break in and all that. He drove it out to the country, poured gasoline in the backseat, and lit a match.

He needed a ride back home, so I was there to give him one.

For the next few months, I watched the news incessantly. I was so terrified.

You know, if I’d been caught, I’d just be getting out. I wouldn’t have this job now. I would not have met my husband.

Everything that I have in life, it’s been since then. What if that were taken away from me? What if I never had it?