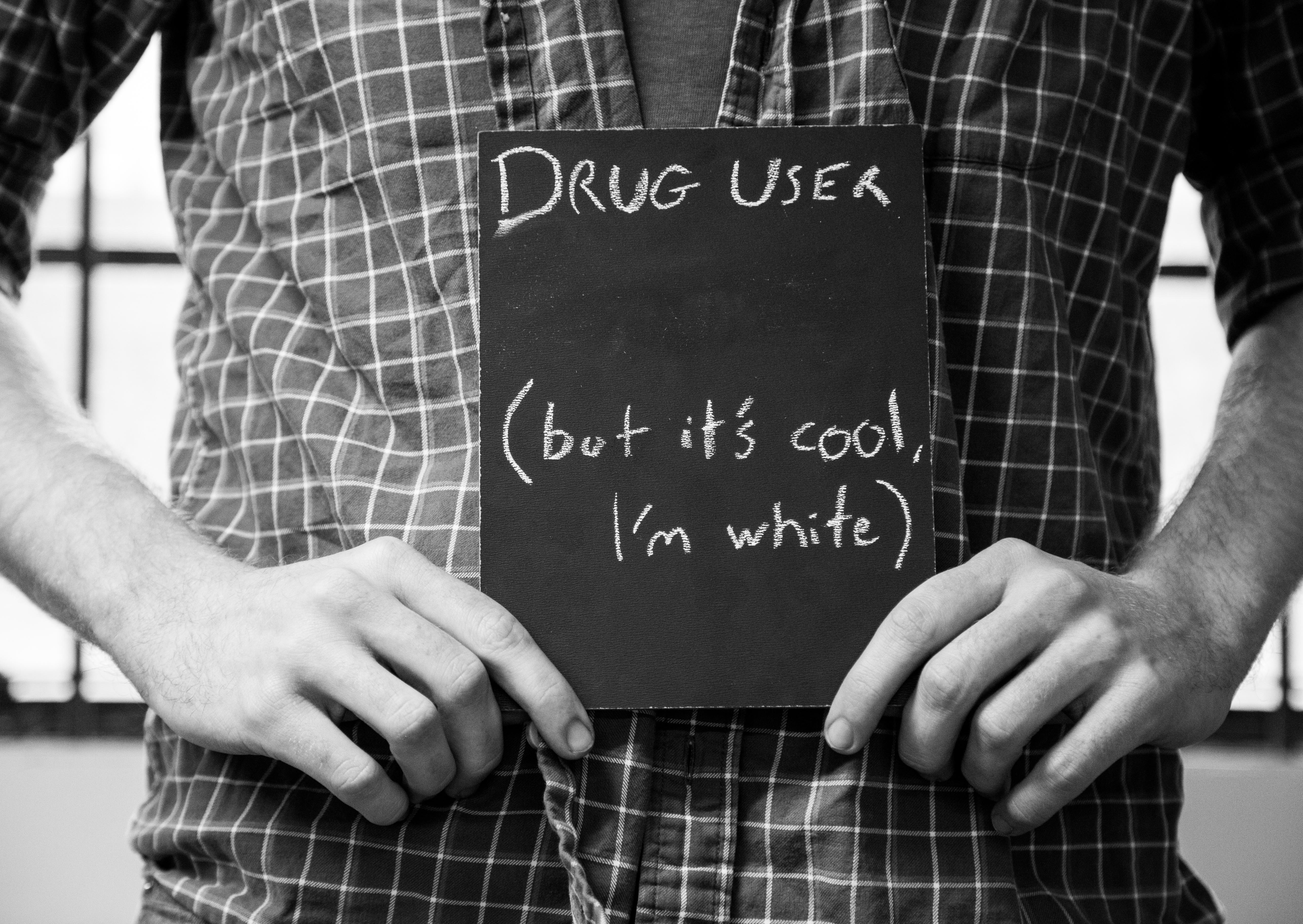 I’d say the majority of my crimes were motivated by getting fucked up when I was young and stupid and didn’t have legal access to anything.

I started drinking recreationally the end of my freshman year in high school. My friends and I destroyed a bottle of Green Apple Smirnoff’s in ten minutes. I had started smoking weed before that.

Actually, I can pull up a list of all of the drugs I’ve done. Hold on… Okay. Shall I list them?

Tobacco, alcohol, marijuana, shrooms, LSD, cocaine, Dilaudid, Robitussin, hydrocodone, hash, Adderall and other ADHD meds (for academic purposes), Klonopin, ketamine, MDMA/ecstasy, Methylone (my personal favorite: it’s like ecstasy, where you feel all the love, but you don’t feel compelled to tell everyone; you’re a little bit more self-actualizing), and DMT. That’s all I can remember, at least.

The cops near where I went to high school had better things to do than bust little white idiots.

It was a predominantly black, inner-city public school and we just seemed to slip under the radar. Never really got hassled. Never really felt threatened. No one looked at us twice and we didn’t have to deal with the consequences.

If I had been caught, I think it would have been okay. I’m in a stratosphere where one arrest probably wouldn’t kill me. I’m well-connected, white, and upper-middle class, I would have been able to work something out. As Louis CK said, I’m not saying white people are better. I’m saying being white is clearly better.