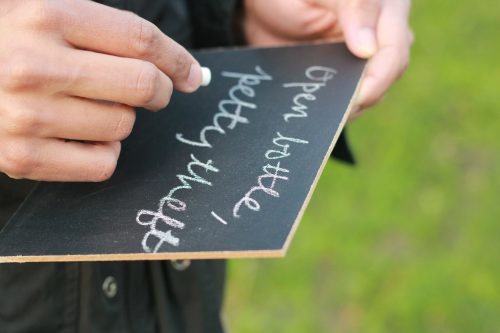 I think I stole books from a library when I was young, just into my teenage years. Our school library had some stupid policy where we could only check out one book at a time, and only two a month. I thought it was outrageous, so I’d toss them out the window, stuff them down my pants. I found ways to get more books out of that place. They were awesome texts with hilarious stories and beautiful cartoons, how could I not take them? I think most were bound antique magazines, prints from the early 1900s. They were just too tempting for a boy.

We didn’t have many books at home, so once they started piling up my mom noticed. I made up some excuse and then stopped stealing before she became more inquisitive.

As for the open bottle, I don’t remember specifically any one time, but it was college and I lived in Uptown, after all.

Ah! That reminds me: public urination. I was living in Uptown but had been drinking in downtown and I couldn’t find a bathroom. It was New Years, maybe. I remember bars were far too crowded and they stopped letting people in. So I said Screw it! I’m peeing on the side of your bar. Ha!

To find out how to implement fair hiring practices at your work, click here.