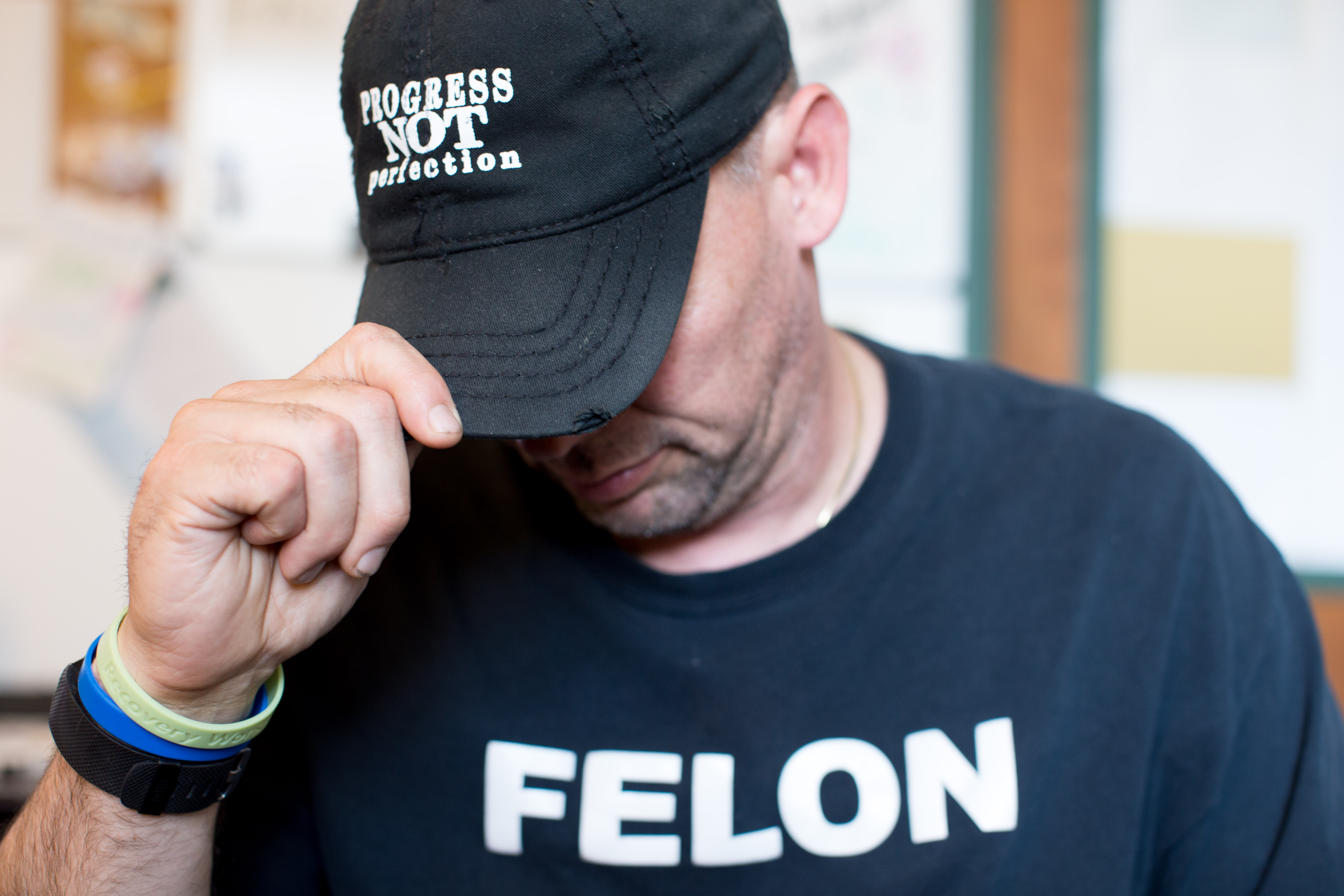 UNITED STATES VS ME. That’s what the sign outside of the courtroom said: the whole United States against me. I’d never been arrested before, I had no I idea what was going on. I had recently starting selling drugs to support my own habit. I was charged, I was released, I relapsed. I was arrested, I was released, I went to treatment. The US Marshals delivered me to the treatment center in leg chains, belly chains, and a black box over my handcuffs. I was told I would fail at recovery—so I became hell-bent on succeeding.

Months go by and I stop relapsing. I start volunteering. When I finally go back before the judge for sentencing, I’ve got loads of letters from the community and organizations talking about how I’ve turned my life around. My attorney is telling me to prepare myself; I think: I got this. The judge says he’s read all of the letters and he’s gonna give me a break: he’ll only sentence me to 87 months.

Eighty-seven months was a break? Who does this to people?

Six weeks later, two of my best friends and their dog drove me to the federal prison. I said goodbye and walked through a set of sliding glass doors. It wasn’t what I had imagined: there was a receptionist, flowers: it was almost inviting. She directed me through a second set of doors…and that. That was horrible. When those doors close behind you, you know they’re not opening again for a long, long time.

When I was finally released, finding a job was hard. I got one; they told me it was too much unsupervised traveling while I was on supervised release. Another job, same thing. I ended up in telemarketing—along with all the other felons. Turns out we’re really good at sales. Seriously, all of the top guys were from prison.

I know because I’m white and educated and upper middle class that I faced fewer barriers than others face. Tell me how? How do others do this? How are they expected to succeed?

I often look with wonder at my life. I’m married, I’m a drug counselor, I volunteer on several boards, testify in legislative hearings, and sit at head tables with the sheriff and his wife. I even grow pumpkins. Like blue-ribbon-winning 384-pound pumpkins. Best in Show.

I wear this shirt to start conversations. To show people that ‘felons’ are humans, too.

There’s a saying in recovery: You can only keep what you have by giving it away. Goofy, but true. I keep my hope by sharing it with everyone.