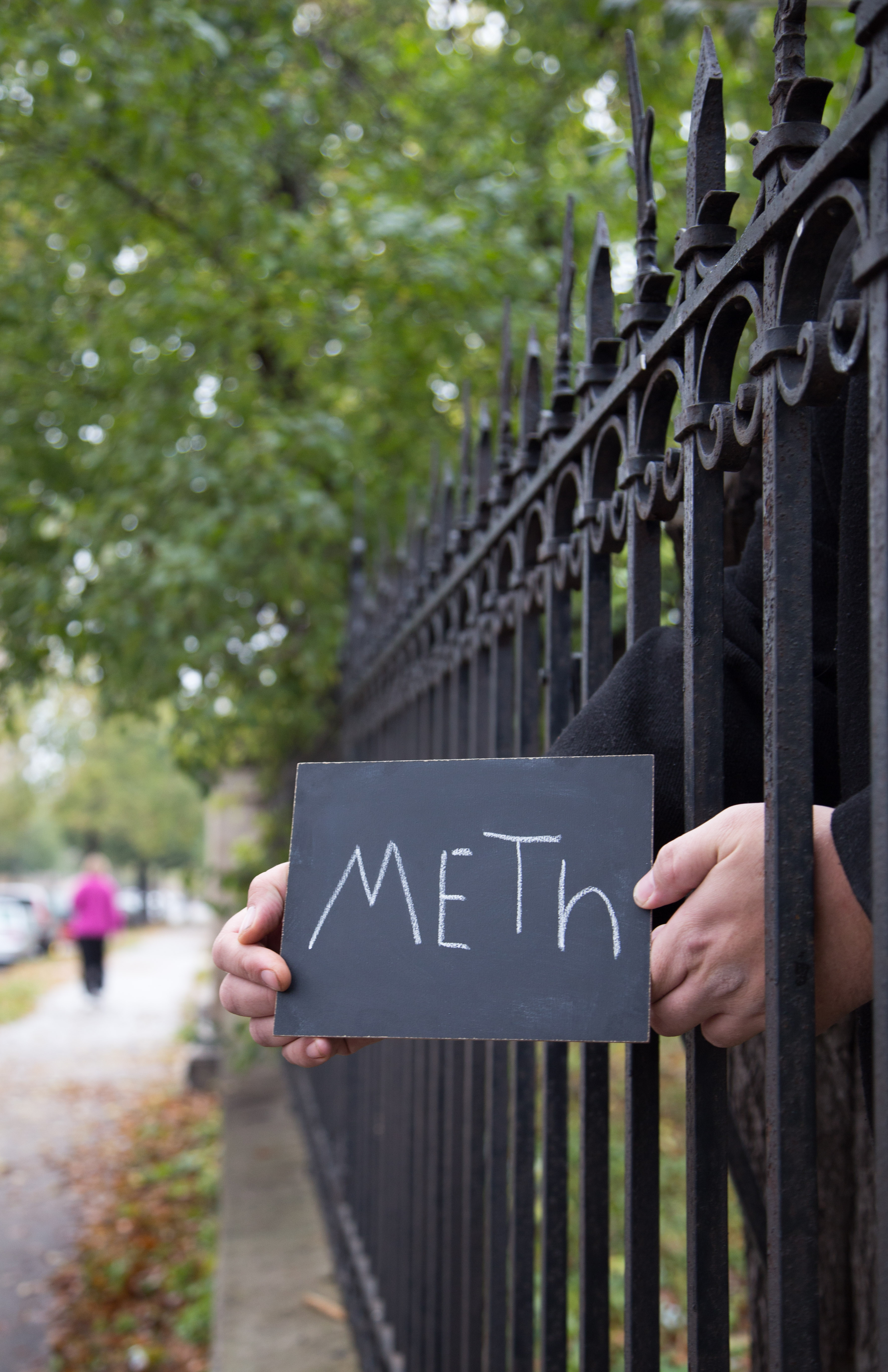 Hopefully I’m not wasting your time; everyone thinks their history is more dramatic than it is.

I got into trouble constantly as a kid.

In high school, I started experimenting with alcohol, marijuana, whatever I could get my hands on. I was still in school when I started living out of my car, sleeping in Walmart parking lots and dodging cops.

After about a year I moved into a house with two college gentlemen and started dating a girl who kinda lived in the basement. I picked up a job at a gas station, but it was just a cover. What I really did to make money was sell blotter (or, LSD). I’d buy a sheet with 100 hits for $150 and sell each hit for five dollars. It was more than enough money to support myself, but eventually just went to buy meth – my drug of choice. A lot of crime comes from that: people trying to sustain a drug addiction.

These two older guys, Odysseus and The General, would come over and we’d spend the night partying. They were incredibly resourceful: we’d steal swing sets from Menards and music equipment from neighboring venues, returning and pawning everything for cash and then hitting up the sellers downtown.

I wonder if the color of my skin didn’t save me from serious problems. More than once, I’d get pulled over by a cop and – no matter how out of my mind I was – I’d be told to have a nice day.

I don’t know where O and The General are now. I know a lot of it was drug induced – I love you brother and everything, but I did care for them. For a while, O was pimping. There was a deep internal screening going on, everything was so muffled in regards to your morale. Now I would have nothing to do with anyone selling women for money, but then, we all just looked the other way.

When my first kid was born, I cut off everything. I haven’t had anything for twelve years; my wife could tell you the exact date. According to my therapist, incidents of abuse caused me to spin out. But I think I just liked feeling different. I lacked any confidence, but when I altered my mind, it was bearable.

I’m careful. I don’t take Nyquil because I like feeling different, and I know I’ll want to feel different again tomorrow.