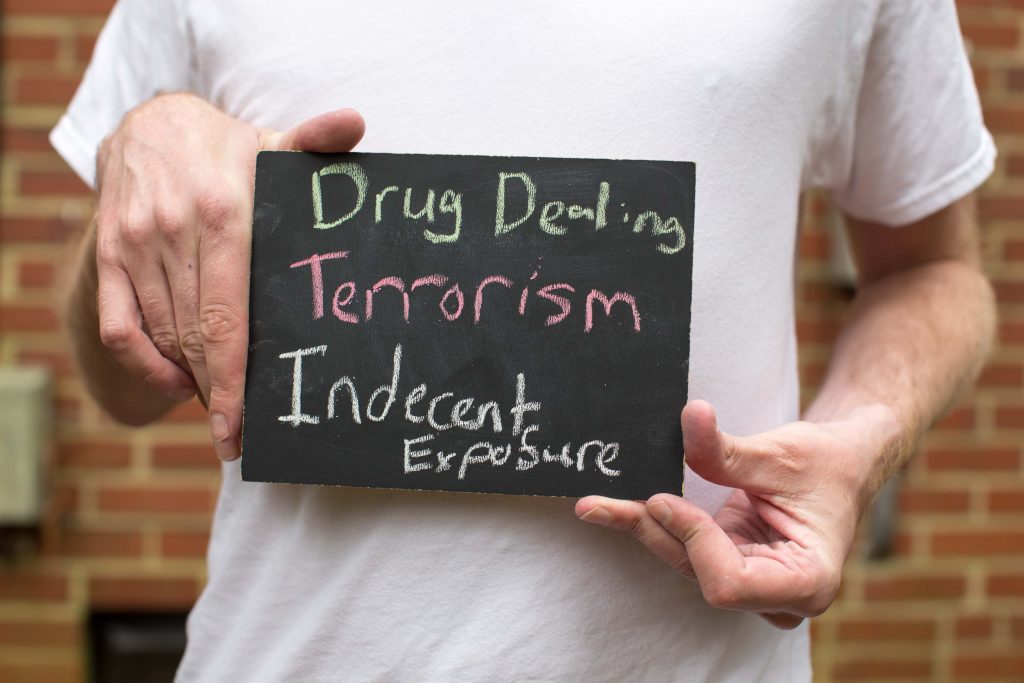 I’ve gotten away with stuff that’s like oh yeah, that only because I’m white–that’s the only reason why that cop let me go.

I once drove drunk onto a crime scene. They had the road blocked off and I didn’t realize it: there were like two cop cars and I figured they had a couple people pulled over. I thought I was just maneuvering around them—instead I drove onto a murder scene.

They stopped me and I was clearly drunk. They didn’t want to deal with it, they had other things going on, and they let me go. But I imagine a person of color would have probably been tased and then charged for the crime that had happened before I showed up there

That’s just one of my many examples of what being white has allowed me to get away with. In my opinion.

When I was in middle school I used to blow up people’s mailboxes because I was just a bastard. I don’t know why. Now I’m like oh, boys will be boys. That’s how I justify it to myself.

I was a bit of a pyro. I got caught one time: they could have charged me with all sorts of stuff and they decided not to because my parents talked to the police or whatever. I had to apologize to the people and replace their mailboxes. That was it.

I think back. What if I were a terrorist right now? What if on my record I was actually convicted of a terroristic threat?

I do psychedelics. I’ve done them for a very long time. I’ve never been caught. And to me it’s utter nonsense they’re illegal in the first place. They should at least be descheduled so scientists can study them so we can see if they’re actually harmful or not.

They’ve had an amazingly positive impact on my life. I feel like I’m taking them as a therapeutic meditative aid.

I’ve gotten mushrooms and then shared them with friends who then gave me 10 or 20 dollars so that we could all trip together. It’s no different than if I were to buy a case of beer and everyone threw in a few dollars. But had something happened—had I been caught, I was technically drug dealing…

And the last little thing I want to share is something where I basically did nothing wrong at all, and did get caught and could have been charged with something much more serious.

The very idea that they could have charged me as a sex offender. It’s so outrageous to me.

I’m a comedian, so none of this stuff affects me. Whatever criminal behavior I’ve done–I don’t have to apply for jobs. I’ve done way more serious stuff than many people with a criminal record, I’m sure. But I’m just in a very fortunate position.