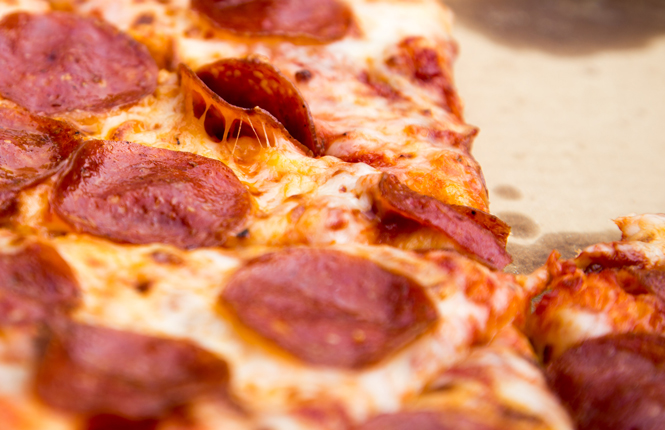 We did a lot of kid stuff, TPing trees, littering front yards with White Castle burger boxes, breaking raw eggs on someone’s car. One night we saran-wrapped a friend’s Toyota with industrial-sized clingy plastic as he watched through the grocery store’s sliding glass doors, locked in on the overnight shift and unable to stop us. A cop pulled up midway through the job to see what we were doing. I was young once. Make it quick and get out of here, he said, driving off. We were white kids in the white part of town, and we were just having fun.

It was in that same white and affluent neighborhood that my friend Nick and I planned another prank. We thought it would be funny to scare a couple of friends while they were hanging out with some girls. We drove over to their house and crept up to the living room window with ski masks pulled down over our faces and realistic-looking water guns in our hands.

We started out stealthily enough, certain they would notice us sneaking up and reward us with shrieks and shouts. But they didn’t see us so we tapped our guns against the windowpane, waved our arms about, and eventually jumped up and down. Despite our efforts, none of them noticed us. Bored, we got back into the car and drove on.

We vaguely registered that there were suddenly a lot of cops around, but didn’t think much of it.

A few blocks later we came across a pizza delivery guy. I pulled up next to him as Nick rolled his window down, resting his elbow on the door and raising the gun. We paused for effect and then pulled away.

We continued our disinterested tour for a while, eventually leaving the gated community for The Stretch—a ten-block tract of music venues and boutique shops where everyone went to see and be seen.

Three stoplights in, we were pulled over. Apparently, even though our friends hadn’t noticed us, the neighbors had. An APB had gone out an hour earlier for two armed men in ski masks.

My white baby face, letterman jacket, and compliant response to the police deescalated the situation quickly. At a certain point, I could tell one cop was almost laughing at the comical scene. Now, if we had been two African American teens, we would have been at least booked, probably jailed, and maybe even shot.

Instead, Nick and I got back in the car and drove home.

Trayvon Martin had Skittles, Jordan Davis, music. Both black teens were gunned down by men who said that they feared for their lives.

It was a wintry Saturday when twelve- year old Tamir Rice went to a Cleveland city park. On the surveillance video, he looks like countless other young American boys, slightly bored and slightly bemused, playing with a toy gun. He was alone in the park’s gazebo when the police car drove over the curb, between the trees and swing set. The squad was still rolling when the officer’s bullet ripped through Tamir’s torso. He crumpled to the ground. A minute later, Tamir’s sister ran towards him; she was tackled, cuffed, and placed in the back seat of the squad. Through the car window, she watched as her baby brother lay dying just a few feet away.

John Crawford III was talking on his cellphone in the pet supply aisle at Walmart when he was killed. Minutes before, he had picked up an unboxed BB gun from a shelf in the sporting goods section; minutes later, he would have joined his girlfriend in picking out the graham crackers, chocolate, and marshmallows for the family cookout. Instead, he was gunned down by police. A fellow customer had called 911, reporting a black man, waving a rifle around; police opened fire moments after entering the store; the caller later admitted he lied.

The list of black and brown men and boys gunned down by people within minutes to seconds of meeting them, tragically, maddeningly, goes on and on. For many, the presumption of guilt (and danger) is always present: they are seen as always already criminal.