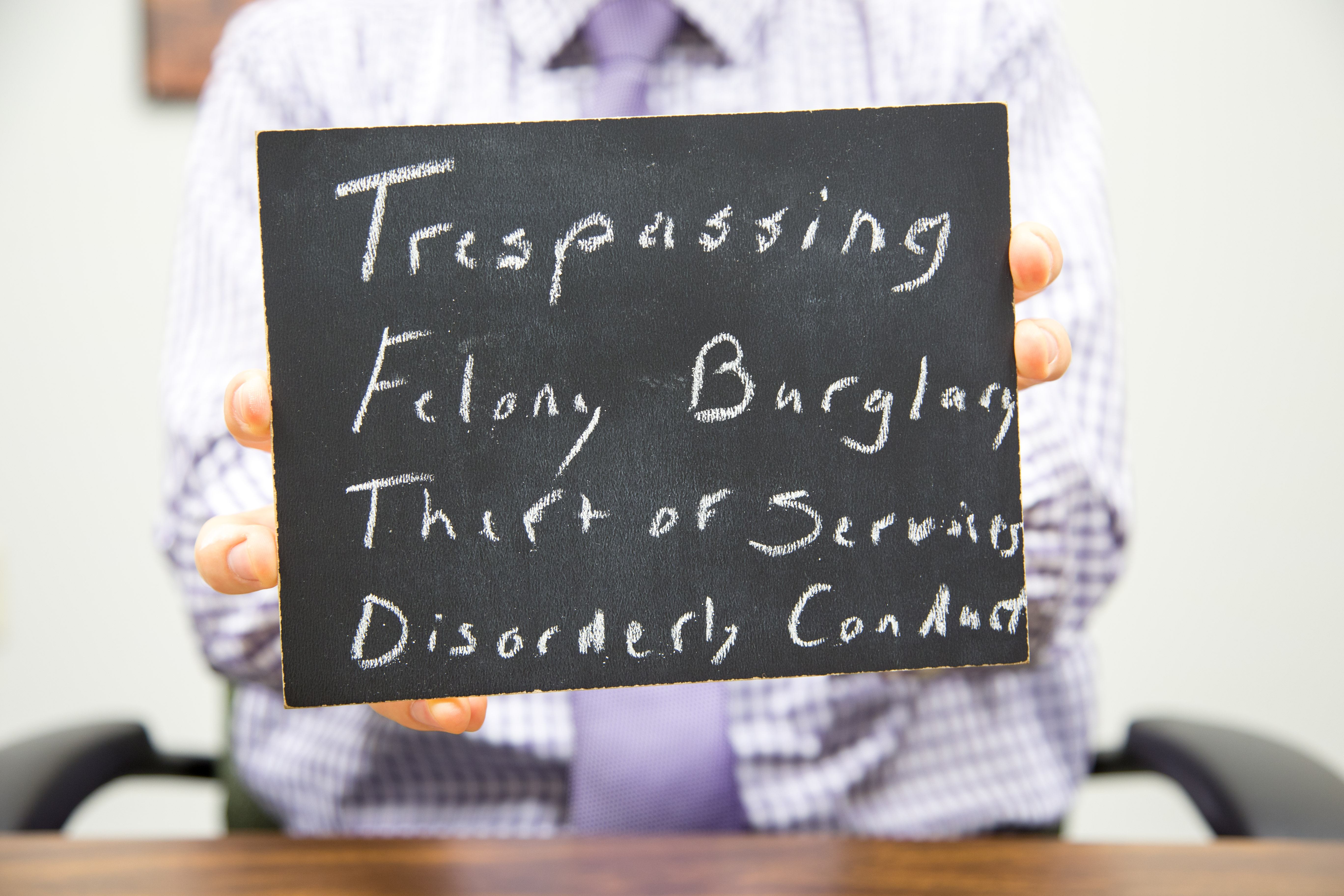 Recently, a client came into my office. He had been charged with a laundry list of offenses—for crashing a wedding.

This guy ate and he drank and he was arrested. Trespassing, Felony Burglary, Disorderly Conduct, and Theft of Services— aggravated by false pretenses.

Here’s the thing: nothing got out of hand. Nothing was stolen, nothing was broken, no voices were even raised. He just appropriated an overpriced plate of mediocre food and now has a felony. Years later and this was still profoundly affecting him.

Here’s this black man with a college degree, his only offense is crashing a wedding, and he can’t get a job.

A while back, I went to a baseball game with my delinquent brother. A few innings and shots of tequila in, and he was bored. I was a beer beyond my capacity and actually went along with his plan to get better seats.

We walked into the sports writers’ box, but got kicked out before we could finish our first bucket of stolen popcorn.

So we went to the luxury suite instead. It was packed with execs; the waitress took our order—more food, more booze. A couple more innings, and I locked myself in the private bathroom—where I spent the remainder of the game vomiting.

I’m sure the one reason no one asked us why we were there was because we were white. We were wearing t-shirts and, by our clothes alone, clearly didn’t belong. But we were folded right into the crowd; people didn’t care.

If I had to wager a guess, if I were any other color I would not have been allowed in; if I would have sneaked in, I would have been kicked out—or arrested, like my client.

I remember thinking: Ha! What’s the worst that could happen?

Now I’m just waiting for the next client to remind me of more crimes I forgot.