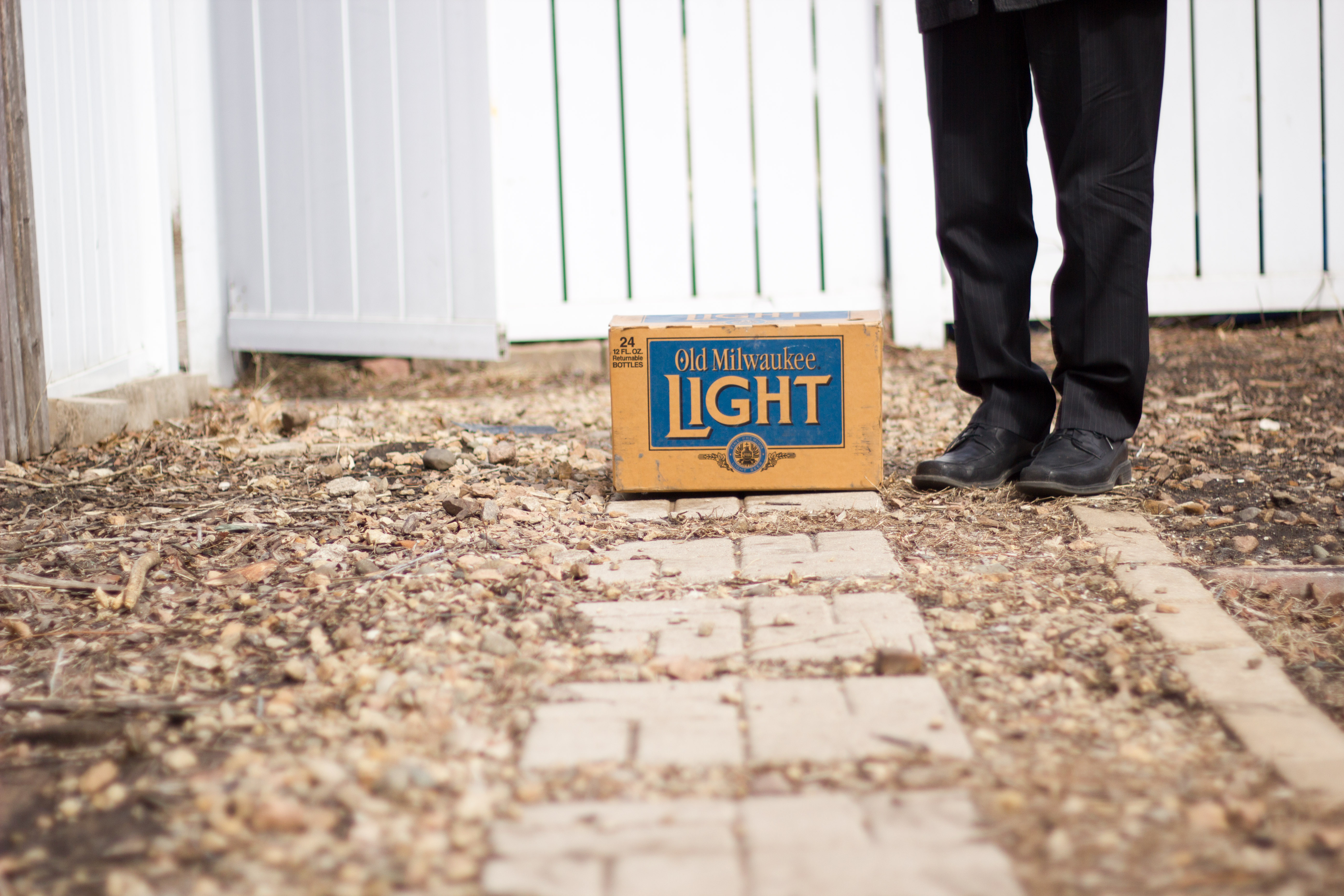 I was a senior in high school and lived in a small town. A very small town. Each class only had about 30 people in it, just to give you an idea. A one-stoplight kind of town.

Getting booze really wasn’t a problem: my friends and I all had buyers. But we wanted more.

It was February, maybe March, when we started planning. There was a beverage company on the outskirts of town which functioned as the liquor distribution center for the region. It was a pole barn structure, you know, with tin siding over plywood. Nine of us would meet after school and on the weekends, concocting a very long and thoroughly thought-out plan of how we were going to break into the company during the middle of the night and take as much liquor as we could.

We studied the patrols of the two police cars on duty, watching their routes. We studied the layout of the building. Somehow, I don’t remember how, we got a sketch of the interior, so we knew what liquor was where. We bought walkie-talkies, had a van and a decoy car, a designated meet-up, and set alibis.

My best friend and I were the ringleaders. We assigned everyone a duty, reserving the least culpable positions for ourselves, just in case. Chad had the worst job. He was a big guy who had the muscles to peel back the tin siding so he was in charge of actually breaking in. I was hunkered down in the woods, watching the squad car.

Once the cop headed out of town, I radioed in the okay to Chad. He pulled the siding back and used a handsaw to cut a hole in the plywood. Once he was in, the group of guys hiding in the woods ran up to create a chain to pass the cases of beer and bottles of liquor from the store to the van nearby in a vacant lot.

In 30 minutes, we got eight cases of beer (maybe more) and 20 bottles of liquor (with some Schnapps for the girls). It doesn’t sound like a lot now, but it was a really big deal then. We all met up at an abandoned cabin and split up some of the loot, but stashed most of it for later.

We waited three months to throw a party. It was out in the field, everyone came. At the end of the night, we tossed all of the empty bottles in the bonfire.

You know what’s interesting? These were transferable skills.

The plotting, attention to detail, execution, delayed gratification, and, hey, even an interest in criminology. Maybe it’s no surprise that we are now police chiefs, college professors, coaches, nurses, and victims’ advocates.

When he was 18, he swiped a single bottle of 3.2 beer from a gas station refrigerator, in a failed attempt to impressed a crush at a house party. He was caught, charged with misdemeanor theft, and pleaded to a petty. He paid Court Admin the fine with birthday money, and thought he was done with it.

But it never really went away.

Fourteen years later, he applied to be a cop. The Board of Peace Office Standards and Training told him he was permanently prohibited from becoming a peace officer due to his petty misdemeanor theft.