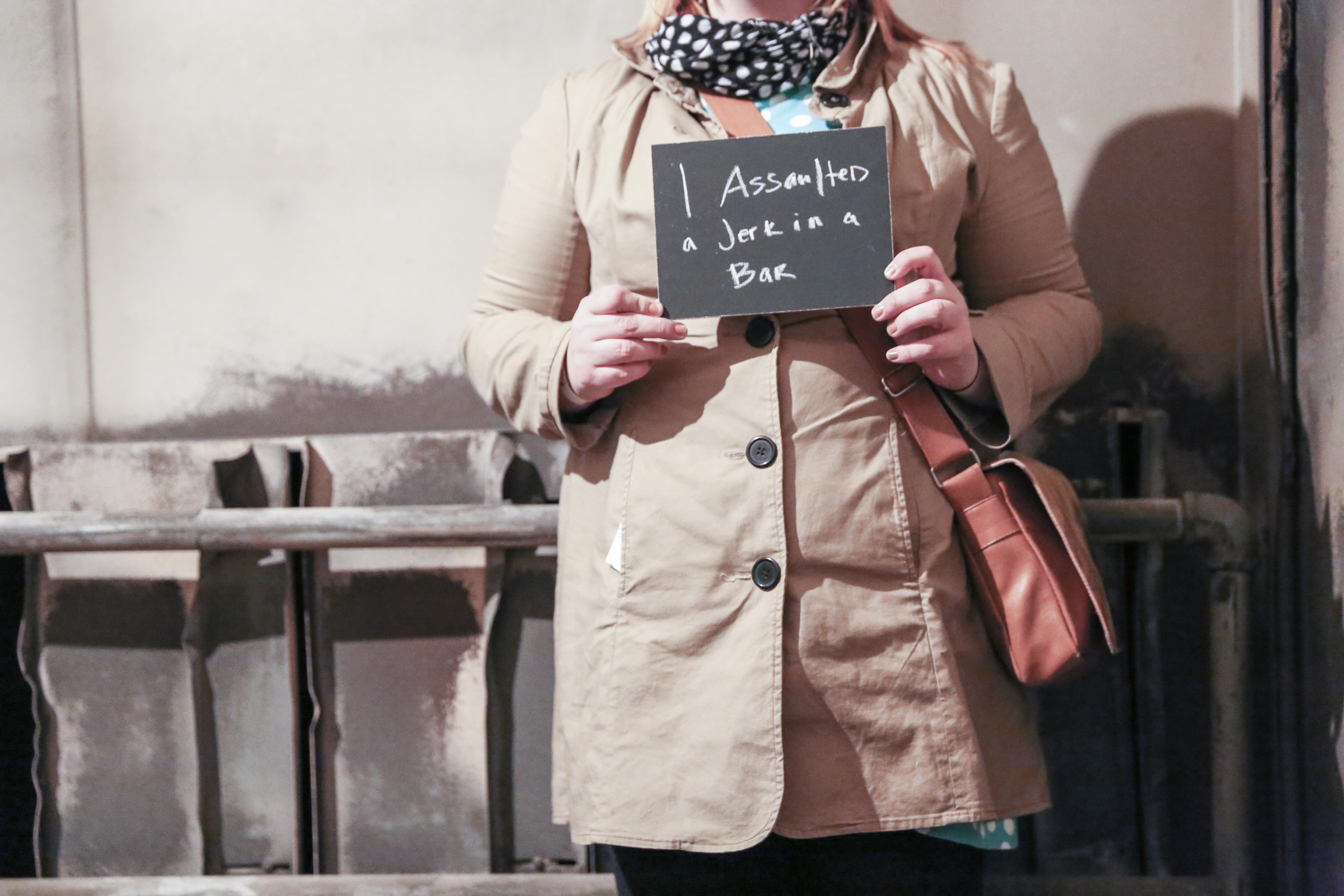 So once, I’d have to say about three or four years ago, I was in a bar and this guy was just being a real jerk to one of my friends. My friend was talking to one of his friends when they were interrupted. Apparently, the jerk wanted to leave. So he said, Hey, stop talking to that cow, meaning one of my best girlfriends.

I couldn’t believe it. Excuse me, what did you say?

I told my friend to stop talking to the cow. And then he mooed at her.

At this point, I may have had too much to drink. I railed up and punched him as hard as I possibly could in the ear. He stood there stunned.

My friend grabbed my hand and said RUN! and we ran out of the bar as fast as we could.

More Than My Mugshot

Next thing, I’m getting arrested for assault and attempted theft because I grabbed a guy by his backpack.

I missed graduation and lost my job. It wasn’t just that I couldn’t use my degree—I was denied fast food jobs because of my record.

I don’t want my whole identity wrapped up in the mistakes I made.